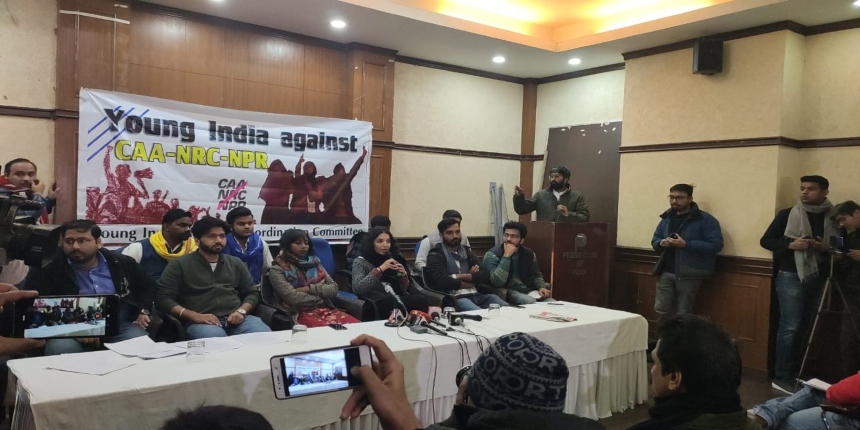 NEW DELHI: A collective of over 50 students organisations from various public and private universities of the country have come together to start a campaign against the Citizenship (Amendment) Act 2019.

The committee announced a campaign that will be an attempt to make the protests more coordinated all over India. Speaking at the press conference, Kawalpreet Kaur, Delhi University student and president of the left-leaning All India Students’ Association (AISA), said, “Young India Coordination Committee will bring together students group as a coordinated unit. We will intensify the protest against CAA until the government takes back this law.”

Members of students’ organisation from Assam and Arunachal Pradesh – both states that saw intense protests against the law – are also a part of this group. “ It (CAA) is unconstitutional and communal in nature. In Assam, the Central Government is creating a divide between Hindu and Muslims. We have always been against it. Six students, including a Class 10 student lost his life (in a protest),” said Rahul Chetri, general secretary of Dibrugarh University Students Union.

The committee will launch its campaign on January 1, 2020. It said in a statement: “Young India gives a call to observe the first day of the coming year, 1st January as a day to Defend the Constitution.” It aims to get pledges from over 100 universities against the CAA, NRC and NPR.