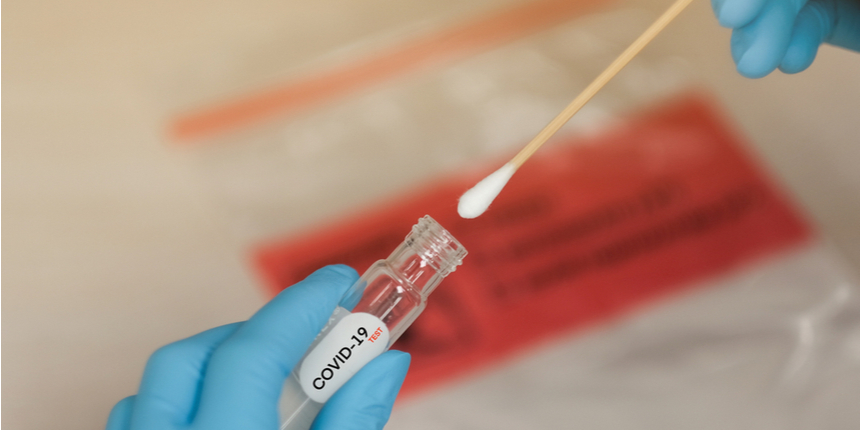 CHANDIGARH: The Punjab government on Wednesday ordered to conduct at least 10,000 RT-PCR tests at state schools daily, after no less than 26 students tested positive for coronavirus in the past two days.

On Tuesday, 20 students of two schools in Ludhiana tested positive for COVID-19. Six students of a government school were found infected with the disease in Hoshiarpur on Wednesday. The Punjab government had reopened schools for all classes in the state from August 2.

Chairing a coronavirus review meeting, Punjab Chief Secretary Vini Mahajan issued directions for conducting at least 10,000 Reverse Transcription Polymerase Chain Reaction (RT-PCR) tests daily at schools in the state, according to a statement. The chief secretary also asked deputy commissioners to ensure that only fully vaccinated staff is allowed to attend the schools. Asking the departments concerned to step up RT-PCR testing, Mahajan said the target of 40,000 samples per day in the state must be achieved.

Mahajan also expressed concern over the movement of people to Punjab from neighbouring states where virus cases are once again on the rise, the statement said. She asked officials concerned to keep a close watch on the positivity rate ahead of the festival season when extra vigil is required to prevent a surge in virus cases. Instructing all districts to continue aggressive testing and contact tracing, she said epidemiologists have been appointed and all-out efforts should be made to thwart the possible third Covid wave.

Quoting a forecast from the University of Cambridge, Mahajan said new cases can be expected to double in about 64 days (under the assumption that the growth rate remains constant). She expressed satisfaction over the fact that 2,45,823 samples have been taken from August 3 to 9 and only 352 tested positive, which accounted for a positivity rate of 0.1 per cent. Stressing the need to further ramp up the health infrastructure, she said each district should aim to augment the bed capacity by 25 per cent from the second wave's peak demand. She also asked officials to focus on further increasing medical oxygen availability in government and private hospitals.