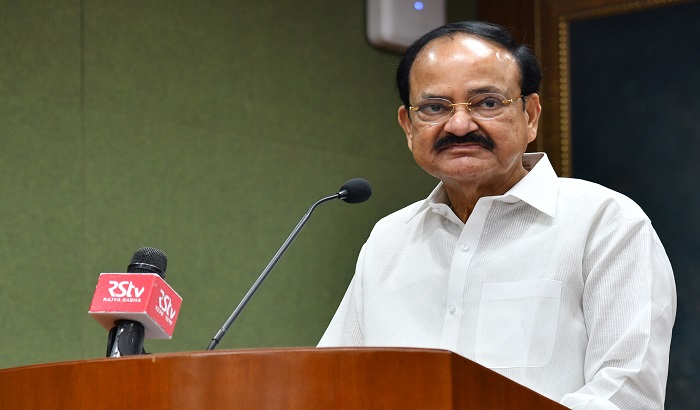 Venkaiah Naidu said, “What is required is standards, and the standards will not come by mere regulation, and too many regulations will become strangulation. People who want to run institutions should come forward with a visionary zeal and visionary approach to serve the society.”

The Vice President while launching ‘Krea University’, emphasized about providing greater autonomy to universities and said that universities should be allowed to develop their own curricula and system of examinations. He said, “A strong, accomplished and professional management body for universities coupled with adequate funding is the need of the hour.”

“It is crucial that we reimagine and reconstruct our higher education system. The autonomy of universities cannot be compromised under any circumstance,” he added.

By 2030, close to 140 million people will be in the college-going cohort. Under such circumstances, India has to empower its institutions of higher education to live up to its aims of delivering world-class scholarship and education.

Expressing concern over the poor ranking of Indian institutions in international Rankings, VP said that strong ambitions notwithstanding, the higher education system in India still lags behind the standards of the world’s best universities. He said, “In 2018 too, no Indian university was able to secure a place in the top 100 best universities in the QS World University Ranking. American and European universities still rule the list.”

He added, “There is no dearth of universities in India, every other day one new university is coming up, we also have good brains because India is a fertile land, it was known as ‘Viswaguru’ once upon a time. Students from all over the world used to come and study here, but because of colonial rule the mindset changed there is a decline in acquiring knowledge.”

Faculty shortage
Despite efforts being taken by the Government to work on various challenges being faced by higher education institutions starting from shortage of funds to the inadequate number of teachers to falling enrolment numbers and infrastructure, faculty shortage still remains the major area of concern.

Naidu talking about the faculty shortage issue said, “The profusion of more rewarding career choices, lack of adequate facilities for postgraduate education and the retirement of the current generation of professors and teachers has created a staff crunch in our centres of higher education.”

he added that India has always been a nation of great teachers. The best of our practitioners, the most intelligent of our scientists and the most versatile of our philosophers and thinkers often turned to teaching. Institutions like Krea University serve to make the profession of teaching a rewarding one so that the best of our minds are engaged in the critical task of moulding our youth and casting our lustrous future.