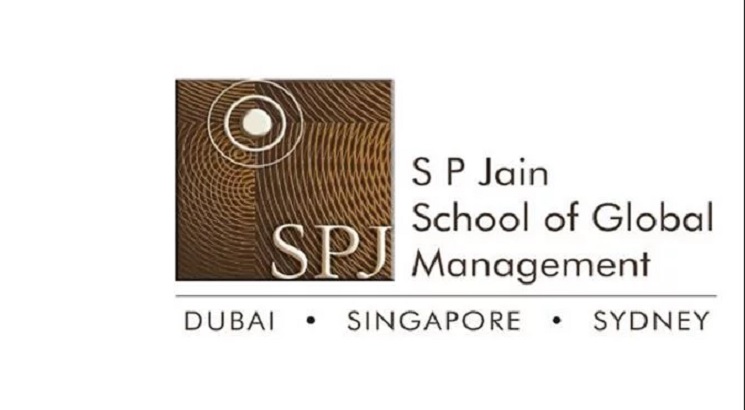 NEW DELHI, DECEMBER 7: S P Jain School of Global Management (S P Jain Global) has been ranked ahead of global giants such as IMD, NUS Business School,  HEC Paris, Melbourne Business School and the Cranfield School of Management in the latest global ranking of B-Schools. University of Hong Kong topped the 1-year MBA listing while Stanford Graduate School of Business found itself in the top spot for its 2-year MBA program.

The rankings, conducted jointly by Times Higher Education and the Wall Street Journal, were drawn from a number of rigorous performance indicators such as graduate salaries, internationalisation, student and faculty experiences, accreditations and overall teaching excellence. One of the key parts of the data collection was an alumni survey.

“We are thrilled to be ranked among the world’s top 5! We also hold the top position in Australia, Singapore and Dubai – all three of our international locations. This is affirmative of the School’s progress as a leading centre of global business education. It is also a strong testament to the dedication and high quality of work accomplished by our global team of faculty, alumni, staff and students,” shares Nitish Jain, President of the School.

“Innovation is part of our DNA. We are a futuristic business school and we believe in crafting future-ready graduates with the ability to succeed in a world where change is the new normal. We have introduced a number of technology initiatives that will completely transform the education landscape. Our new Engaged Learning Online (ELO) Technology is a powerful new way for students to learn online. Earlier this month, we announced the launch of new digital certificates based on Blockchain technology that will effectively put an end to the fake degree menace.”

Dr. Balakrishna Grandhi, Dean Global MBA program said that S P Jain Global’s achievement in being the youngest business school in the ranking is particularly impressive. “Since 2011, our Global MBA has consistently featured in top MBA rankings by the Financial Times, Forbes and The Economist. It is particularly thrilling to see that S P Jain Global is also now more highly ranked than much more mature and established institutions," he said.

“When it comes to global jobs, our graduates have the distinct advantage of having lived and studied in three of the world’s top business cities. They have first-hand knowledge of how to operate in a global business environment – a skill that is much valued by recruiters. They undertake projects with top companies, interact with business leaders and thinkers, go on cultural tours and develop important global skills,” he added.

A few weeks earlier, the School was ranked among Asia Pacific’s Top 10 by Ivy Exec in its ranking of the world’s top Executive MBA programs.