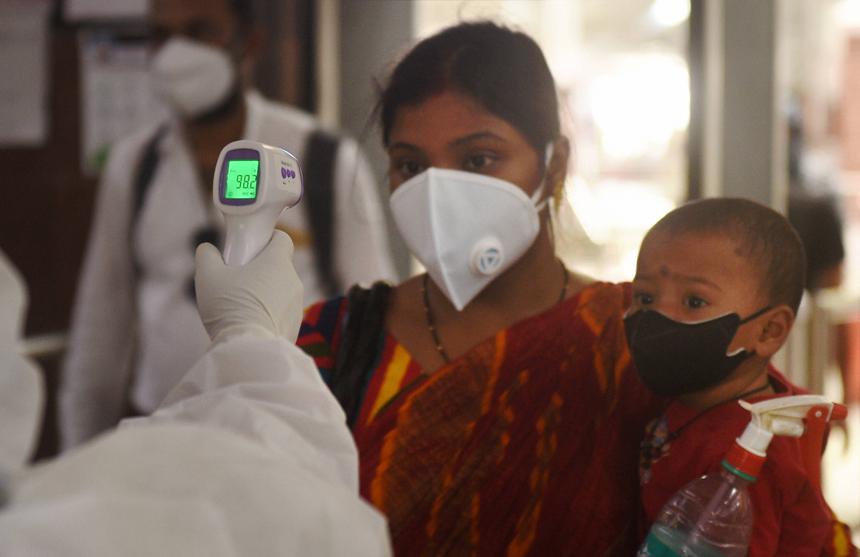 New Delhi, May 15 (PTI): It is not just scientists and leading technical institutions in the country who are aiding the fight against COVID-19 but also several school students who have come up with innovations such as sunglasses with distance sensors, portable ventilators and touchless doorbells.

Sarthak Jain, a class 11 student of Modern Public School in Delhi's Shalimar Bagh, has developed Arduino -- an automated touchless doorbell with ultrasonic sensors to ensure the visitor does not have to touch the bell and minimise chance of corona virus spread. "As doorbell is a medium of transferring virus it is used maximum times in our daily routine and hence the chances of spreading the virus increases," he said. "So, using Arduino, an open-source electronic prototyping platform, I have developed a doorbell with sensors which can detect presence of a person or object within a distance of 30 to 50 cm and produce a beep sound from the buzzer without the person having to ring the bell," he added.

Shivam Mukherjee, a class 9 student of Amity International School here, has invented a sanitisation band called 'Abhay'. "It is a simple band that can be worn around the wrist. Equipped with an inbuilt proximity sensor and UV light, it can sense when the user's hand is near an object and automatically disinfects the object via UV light and alcohol-based spray," he said. "The band is computer-controlled and can be operated via an app. Further more, it is refillable — when the spray is nearing empty, a reminder is sent on your mobile... I have named it Abhay which means00 fearless" Mukherjee said.

Implementing lessons from their robotics class ‘RoboChamps’, two brothers from Haryana's Ambala have come up with a portable ventilator made of wood which is uniquely designed keeping in mind the importance of social distancing between medical staff and COVID-19 patients. "We have created a wooden structure in which the ball is fixed between two walls. When pushed, the ball gets pumped. The whole structure is fixed with a motor that moves automatically with the time set which is required to pump that ball and this whole circuit is programmed in a way that it works automatically,” said class 8 student Kartik Tara. “This ventilator is connected to a circuit and interfaced with a mobile app so that patients’ health can be monitored closely through the mobile app," he added.

His younger brother Vinayak Tara, who studies in class 4 said, "The protoype has been tested in the city hospital and we are seeking suggestions from medical experts to make the prototype commercially viable".

The duo has also developed sunglasses which can help maintain a fixed distance between people at public places. "These sunglasses are integrated with IR sensors in which a code is set for a particular distance. IR detectors are little microchips with a photocell that are tuned to react to infrared light. If someone comes closer than one metre the sunglasses will start beeping. It can also be modified to play music or voice message like 'please maintain some distance," 8-year-old Vinayak Tara said.

Universities and schools across the country have been closed since March 16, when Centre announced a countrywide classroom shutdown as one of the measures to contain the COVID-19 outbreak. Later, a nationwide lockdown was imposed from March 25, which was extended till May 17. The death toll due to COVID-19 rose to 2,649 and the number of cases climbed to 81,970 on Friday, registering an increase of 100 deaths and 3,967 cases in the last 24 hours since Thursday 8 AM, according to the Union Health Ministry.