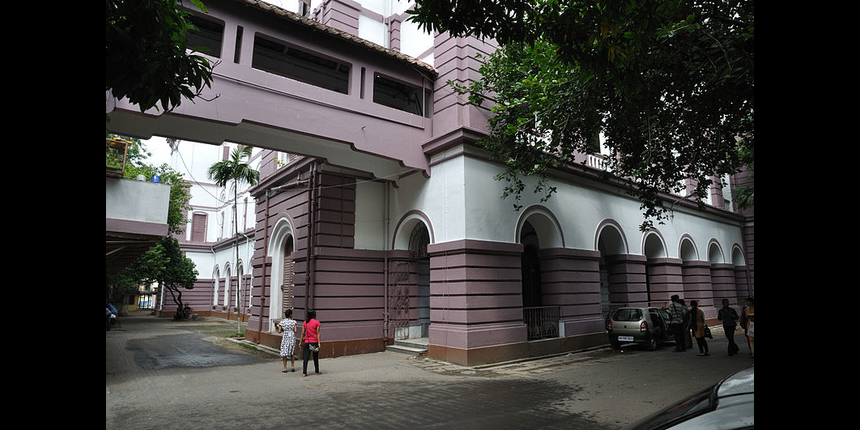 KOLKATA: A section of students belonging to the Students' Federation of India began a protest on the main campus of Presidency University here on Friday demanding the opening of libraries, laboratories and the office.

Around 50 members of SFI, which controls the Presidency University Students Council, went inside the main campus in College Street and began a sit-in urging the authorities to immediately take initiatives in this regard.

"We demand that all students, research scholars, and faculty members be allowed to enter the campus, by adhering to necessary COVID-19 guidelines as recommended by the UGC, to access libraries, laboratories and essential offices," SFI Presidency unit leader Debnil Paul said.

Educational institutions are closed since March-end following the outbreak of COVID-19. "Final year students must be allowed to collect their mark sheets for the last two semesters along with their degrees. Any clearance required (library/hostel) on behalf of the students, must be facilitated by the authorities.

"Many students are also facing problems in getting documents, required for scholarships, signed by university officials," Paul said. Members of the students' wing of the CPI(M) also demanded that classes for postgraduate courses should not begin till the entire admission and verification procedure were completed.

"Until all seats are filled in undergraduate courses, the admission process must not be stopped, especially considering this pandemic situation," the students' body demanded. Students' council leader Mimosa Ghorai said borders should be allowed to collect their belongings from the hostels.

A Presidency University official said the institute cannot take any independent decision about opening the campus in the pandemic situation. It depends on the advisory of the higher education department, the official said. "At present, we are conducting academic activities on virtual mode," he said.