A students’ organisation on Thursday urged governments of all northeastern states to resolve boundary disputes with "utmost commitment" and appealed to the Centre to intervene, if required 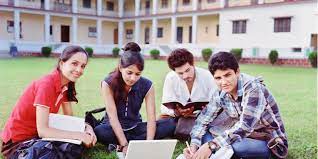 NEW DELHI: A students’ organisation on Thursday urged governments of all northeastern states to resolve boundary disputes with "utmost commitment" and appealed to the Centre to intervene, if required. North East Students’ Organisation (NESO) – the umbrella body of several unions in the region including Khasi Students’ Union (KSU), All Assam Students’ Union (AASU) and Mizo Zirlai Pawl (MZP) - underlined that the recent border conflict between Assam and Mizoram has gone on to show that residents living along interstate boundaries are vulnerable to attacks.

"It is understandable that border disputes differ from area to area. However, NESO strongly urges all state governments to remain committed to solving these long-pending problems once and for all", a statement issued by the organisation said. It added that if necessary, the central government should be a party to these dialogues, and NESO, on its part, will continue to encourage people-to-people contact.

"NESO would also like to call upon all indigenous people to say that this is not an ethnic issue but border disputes in which the respective state governments are duty-bound to solve", said the statement undersigned by its adviser Samujjal Bhattacharya, chairman Samuel B Jyrwa and secretary general Sinam Prakash.

Condemning the violence along the Assam-Mizoram border on Monday that claimed seven lives, the leaders of the students' bodies further said, "The fragile situation is a reminder of how vulnerable security of border residents can be when such conflicts arise." It highlighted that if amiable solutions can be worked out, peace will prevail in the border areas and the people residing in those places can live without fear.