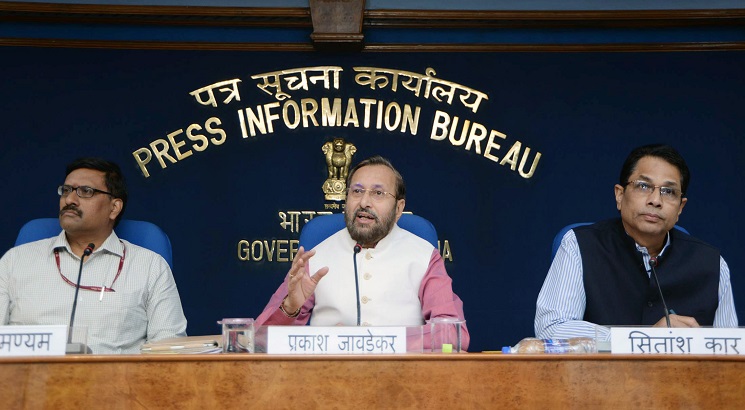 NEW DELHI, OCTOBER 25: For improving collaboration between researchers from Indian institutions with that of top universities in the world, the Government has decided to invest in as many as 600 joint research proposals spread over a period of two years.

Earlier in August the “Scheme for Promotion of Academic and Research Collaboration (SPARC)” was launched at a total cost of Rs.418 Cr for implementation up to March 2020.

The Minister of Human Resource Development Prakash Javadekar while launching the web portal of the Scheme said that SPARC scheme aims at improving the research ecosystem of India’s higher educational institutions by facilitating academic and research collaborations between Indian Institutions and the best institutions in the world.

He informed that under this Scheme, 600 joint research proposals will be awarded for two years to facilitate strong research collaboration between Indian research groups with the best in class faculty and renowned research groups in the leading universities of the world, in areas that are at the cutting edge of science or with direct social relevance to the mankind, specifically India.

On one hand, the Government is launching one scheme after the other but on the other has turned a blind eye towards some of the already running similar schemes. One such ambitious scheme launched in 2008 was Innovation in Science Pursuit for Inspired Research (INSPIRE). INSPIRE was an ambitious scheme launched to arrest the brain drain and encourage youth to take up a career in research. The scheme attracted 1000s of young candidates but within a decade of its launch, it has nearly failed and has put life and career of thousands of young researchers in limbo.

The Indian Institute of Technology Kharagpur has been made the National Coordinating Institute to implement the SPARC programme.

As per the Scheme institutions among the top 100 in NIRF Rankings will be able to apply for joint research work with their foreign counterparts.

These institutions will work in five thrust areas namely Fundamental Research, Emergent Areas of Impact, Convergence, Action-Oriented Research and Innovation-Driven. This Scheme is expected to have a major impact in providing the best international expertise to address major national problems, expose Indian academicians to the best collaborators abroad, enable international faculty to stay in India for a longer duration, provide Indian students an opportunity to work in the world-class laboratories, to develop strong bilateral relationships in research, and improve the international ranking of Indian Institutes.