Two teachers as health ambassadors in every school: MHRD 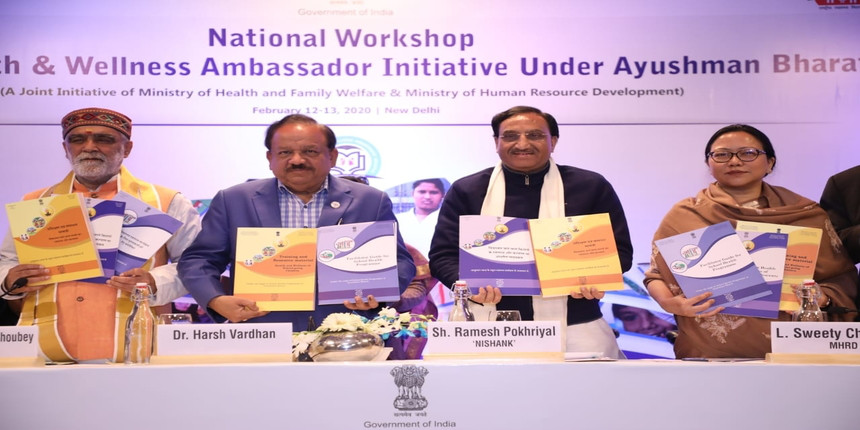 NEW DELHI: The Union government on Wednesday launched the school health program under Ayushman Bharat. In this, two teachers in every school will serve as "health and wellness ambassadors".

Speaking on the occasion, Shri Pokhriyal said that the goal of education is not only to increase the knowledge but also to inculcate a behaviour which promotes consciousness about good health.

The first phase of implementation will be in all the public upper primary, secondary and senior secondary schools of aspirational districts. Subsequently, remaining districts will be taken up in the second year.

The two ministries, along with the National Council for Education Research and Training (NCERT), developed a curriculum framework and training material for teachers as per the Sustainable Development Goals (SDG- 3).

The themes covered in the curriculum include growing up healthy, emotional well-being and mental health, interpersonal relationships, values and responsible citizenship, gender equality, nutrition, health and sanitation, promotion of healthy lifestyles, prevention and management of substance misuse, reproductive health and HIV prevention, safety and security against violence and injuries, and promotion of safe use of the internet, media and social media.

A National Resource Group (NRG) of 40 members has been constituted by NCERT for training.