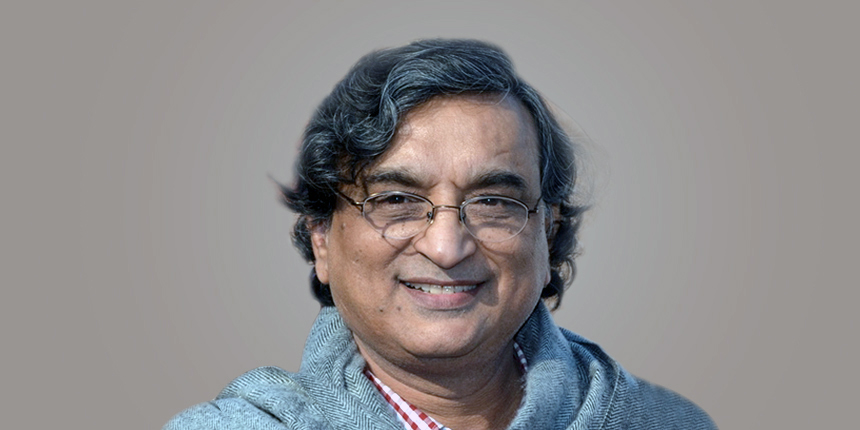 The higher-education regulator, University Grants Commission (UGC), released a new curriculum framework for undergraduate studies in history, “Learning Outcome-based Curriculum Framework (LOCF)”, in the first week of July. It was instantly controversial with historians complaining it serves up political propaganda without subtlety and pushes myths for history.

Historians noted that works by renowned scholars such Irfan Habib and RS Sharma have been dropped. Papers on the Mughals, women and caste have also been omitted. Speaking to The Telegraph, teachers in West Bengal criticised the syllabus for excessively focussing on Hindu and Hinduism and portraying Islam as “alien”. Professors at Delhi University told the Hindustan Times that the syllabus has an outdated reading list and ignores gender and caste issues.

Haider, a professor of medieval and early modern history and editorial board member of the International Journal of Asian Studies, Cambridge University Press, studied the framework. His take: “The whole thing should be scrapped”. “ If you really want to set a high standard as a centralised body you better do your work properly and this is very shoddy work,” he said.

Edited excerpts from a detailed conversation with Careers360 below.

Q. What was your first impression of the UGC framework for history?

A. My first impression was that it is extremely ordinary and full of flaws on both themes and structuring and heavily-outdated, particularly in terms of framing of themes and reading list. My quick reaction is that the whole thing should be scrapped and a new syllabus should be framed.

Q. Can you elaborate the flaws in themes and structure?

A. First, the title: “Learning outcome-based curriculum framework”. The entire purpose of teaching is to impart learning. I don’t see any special way in which this [framework] is designed to elicit learning outcomes.

Then, every section has a line stating the purpose of the course. For Paper 1, “Idea of Bharat”, it is: “Students will acquire knowledge about the primitive life and cultural status of ancient India”. Obviously they will. This is not a learning outcome, this is an introduction to the paper.

Nobody uses terms like “primitive life” and “primitive culture”, particularly after anthropology and sociology have made these terms redundant. Nothing is primitive. At the time when life was lived, it was not primitive, it may have been very advanced by the standard of the time.

The language of the syllabus is very poor. Not only are there a lot of grammatical and typographical errors but even themes have been poorly framed.

A. For instance, the term “cultural status”. What do we mean by it? It might mean cultural organisation or cultural aspect, but “status” implies a certain kind of hierarchy and way of looking at society.

There’s a paper called “Idea of Bharat”. What does that mean? The rest of the syllabus uses India. So, how does this Bharat come in, as if it is framing the syllabus. They could have written something in the preamble explaining what they mean.

The “idea of India” is a popular term in historical scholarship. It can be used for any period of time. For example, Amir Khusrau uses the term Hindustan; Al Biruni wrote Al Hind. India is not only seen as a country but as a civilization. How that fits into this whole concept of Bharat is controversial. The title should have been the “Idea of India”. You can start by discussing what the country was like; whether there was any concept of a country; whether it was a political or geographical entity; whether there was a territorial unity; whether that meant a country or a sense of belonging to a country. There is a body of very fine literature on this which is totally absent from this syllabus. That is another problem: there is a mismatch between themes and readings.

Q. It includes a section on “Myth of Aryan Invasion”. Do you find the choice of terms with regard to hotly-debated topics problematic?

A. That is a very good question. In that section, the first theme is “Original home of Aryans” and that’s okay because there is a lot of discussion. [Bal Gangadhar] Tilak says it is the Arctic Circle; some say it is Central Asia; others say it is Afghanistan; some say it was India -- that is okay.

Also, this is not a theme, it is an argument. You are telling the students, “This is a myth and what we are telling you from now onwards is how to debunk this myth”. That’s retrogressive and denies a whole body of scholarship. The jury may be out on that but there is lively debate based on geography, archeology, and all kinds of evidence. If you want to treat the Vedas as literary evidence even though they were oral compositions, by all means include that too.

Q. What about the use of the term ‘Indus-Saraswati civilization’?

A. Again a neutral theme is introduced as an argument. There is debate around it. The burden of modern scholarship is that these are two different civilizations. The hyphen suggests connection and continuation. It is calculated to prove a point of view and that point of view could be political, cultural, ideological but this is not historical. This is not the way in which historical issues are framed, at least not at this level.

The section on “Debate and the relationship between Indus-Saraswati and Vedic civilization”, is alright.

Q. Some have pointed out the word “invasion” is used for Muslim rulers and “colonial expansion” for the British.

A. Frankly, I would not shy away from the term “invasion”. The Turks invaded India, the Khaljis were already here, Taimur invaded India -- I don’t mind discussing it if it’s discussed in an academic way, in which you discuss the purpose of the invasion, what happened, including all the plundering and massacre.

Taimur had a very bad reputation even among the Muslims of Delhi. That is the reason early Mughals were not very keen to expose themselves as descendants of Taimur.

What the framers of the syllabus can do is to suggest readings to help teachers teach a theme which is controversial in a proper way. However, those readings are not here. So, there is a mismatch between themes and readings.

Another extremely problematic section is “establishment and re-establishment of Mughal rule, Hemu Vikramaditya, Rana Pratap, Rani Durgavati, Chand Bibi”. What does that mean?

Mughal rule was challenged, first by the Surs and Hemu was a Sur general. But he never assumed the title ‘Vikramaditya’. It is an extremely unhistorical, unproven title given to him. Hemu can be glorified in many ways. Frankly, when I teach Mughal history, the way I speak about him can verge on glorification -- he is an interesting character, a great fighter who challenged the Mughals. But the whole section is framed as if the Mughal rule was nothing but a continuous process of struggle and resistance. They are part of the empire establishment but you cannot focus only on the resistance and ignore the empire.

Q. You mentioned a mismatch between themes and readings. A major criticism of the framework has been the omission of the works of Irfan Habib and RS Sharma.

A. These are first-rate historians who have done a tremendous amount of work of very high quality. You may not agree with their conclusions. You may contest a chapter of their books. But you will still like to read them. Not a single book of Irfan Habib’s is listed on this. Habib has written a very popular textbook on medieval India. It has also been translated as Madhyakaalin Bharat in Hindi. That is missing.

That omission, I think, is deliberate, a way to obliterate good-quality research because you don’t like that historian. That historian is critical of the government or a particular line of history writing. Nobody knows that he has written an equally stinging criticism of Muslim communal historiography and the kind of books that have been written in Pakistan or even in India. So, it is an even-handed criticism of communalization of history. That does not mean that you should airbrush.

Q. What other omissions did you see?

A. I clearly see the shrinking of space given to medieval Indian history. That is deliberate because there have been lots of political statements that the history of India has to be balanced and that there is too much glorification of the Mughals and Sultans who were actually invaders, who destroyed our civilization and therefore should not be studied.

In western Europe and America they have matured so much that they read the history of slavery without any hesitation. There is an understanding in historical scholarship that even the evil aspect of history has to be studied. How you teach it is of course an important issue but not teaching what you don’t like is not acceptable.

Two things are happening: there is omission and addition of trivial, vague things.

The whole idea that there should be a centralised syllabus in a country like India which is so diverse and has regional history is problematic. If you really want to set a high standard as a centralised body you better do your work properly and this is very shoddy work.

The themes in the Indian arts section are highly elitist and revolve around the ruling class. There is nothing about public places, public architecture, markets. There is plenty of good work done on the houses of people during the Mughal era. There are even plans preserved in the National Archives. So, a very important theme of public architecture is totally missing. Most of the gardens were not for the public.

This should be scrapped and again reframed by a committee of good scholars who are not afraid of any political pressure, or populism, or ideology, and who are guided by scholarship, pedagogy, and creativity.

Q. Teachers have also complained about the framework dividing history into Hindu, Muslim and British eras.

You can study the society as a whole and within that you can study different groups. There were Christians and Sikhs. The whole Sikh movement came in the 16th and 17th centuries. There was a very strong presence of the Jain mercantile community which has produced fantastic literature in Prakrit. Where is all that? If the framers of the syllabus are so obsessed with dividing the society into Hindus and Muslims, I’m sure they will argue that Hindu society consisted of Jains and Sikhs.

Clearly there is an urge to show this period as one of struggle between Hindus and Muslims as completely separate communities even though they had similar institutions and traditions. That is a very damaging direction the syllabus gives. Of course they were different communities, but it is not like there was no interaction or cross fertilization of cultures.

The syllabus talks about globalization and forgets that people outside India will laugh at this because it is so outdated. It reflects very badly on people who framed the curriculum. 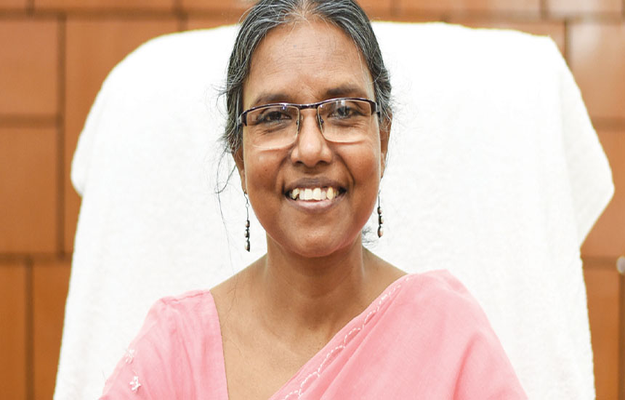 ‘There is no trust in equal-opportunity cells’: Sonjharia Minz