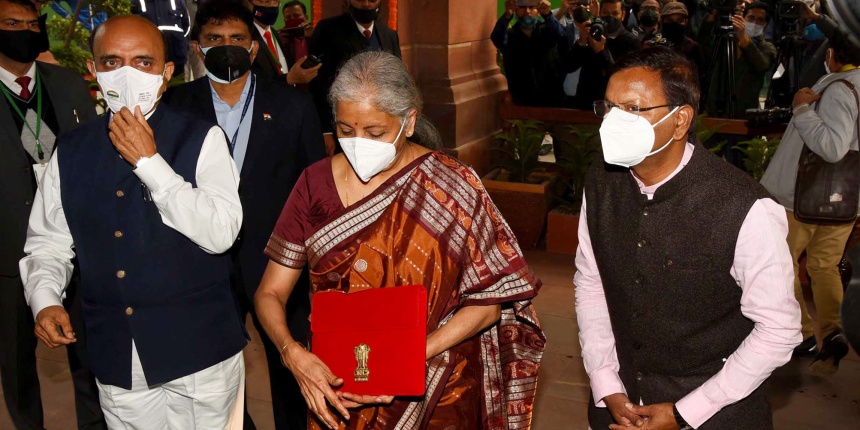 The budget for the centre's ambitious project Higher Education Funding Agency, or HEFA has been reduced to a negligible sum of 1 lakh. The project has seen massive cuts since 2021 when it was allocated only Rs 1 crore.

In her fourth Budget Speech 2022 in Parliament, Sitharaman also announced that a digital university will be set up based on the hub and spoke model to provide access to students for “world-class quality education”. To be built on ISTE standards, the digital university will provide personalised learning in regional languages. The ISTE are standards for the use of technology in teaching and learning. This university will function in collaboration with other public universities in India.

The finance minister also announced that world-class universities will be allowed to establish campuses in India, without following local regulations. International Arbitration Centre will also be set up in Gujarat International Finance Tec-City, or GIFT city

Further, states will be encouraged to revise the syllabus of agricultural universities to meet the needs of natural, zero-budget & organic farming, modern-day agriculture, said Sitharaman.

Even though Sitharaman stressed on the need for digital infrastructure in education, the government has further reduced the allocation to digital India e-learning. The budget saw a cut of over Rs 200 crore with Rs 421.01 crore budget for the upcoming fiscal year. However, the cut was mainly in the budget for setting up virtual classrooms and launching massive open online courses (MOOCs) and, interestingly, PM eVidya.

However, there has been a significant increase in the National Mission in Education Through ICT allocation -- from Rs 150 crore to Rs 400 crore in Budget 2022.

In line with NEP 2020, two schemes launched last year have seen cuts. PM e-Vidya has been allocated a nominal budget of Rs 1 lakh. In her budget speech, Sitharaman announced the PM eVidya will be expanded to include over 200 channels from the current 12.

The Academic Bank of Credits (ABC) has been allocated Rs 10.90 crore for the next financial year. Last year, the ABC system was allocated 50 crores which was later revised to Rs 28.79 crore.

For the upcoming fiscal year, the centre has allocated Rs 2,042.95 to the Rashtriya Uchchatar Shiksha Abhiyan (RUSA) with a decrease from the previous year’s budget of Rs 3,000 crore. A centrally sponsored scheme, RUSA supports state higher educational institutions.

Responding to a parliamentary question, union education minister Dharmendra Pradhan had announced the introduction of RUSA 3.0 to give priority to the education in backward and aspirational districts for their upliftment and development.

The budget for HEFA witnessed another steep decline with only Rs 1 lakh allocated this year. Last year, Sitharaman nearly ended funding to HEFA by allocating it a token amount of Rs 1 crore, down 99.9 percent from Rs 2,200 crore in the previous fiscal. The Government of India kept earmarking funds for HEFA as well as the interest on loans under separate heads until the Budget 2020-21.

Formed five years ago, HEFA was meant to grant infrastructure loans to institutions including central universities and Indian Institutes of Technology (IITs). Established institutions would have to pay the principal amount while the government paid the interest.

Given below are the budget estimates for HEFA over four years.

Among the various research schemes funded by the centre, Scheme for Promotion of Academic and Research Collaboration (SPARC) saw an increase in budget allocation this year with Rs 74 crore. Last year, this scheme was allocated only Rs 10 crore. Other research schemes like IMPRINT, a Pan-IIT and IISc joint research initiative got Rs 10 crore, down from Rs 25 crore last year. The Scheme for Transformational and Advanced Research in Sciences, or STARS saw no change in the budget allocation with Rs 25 crore.

The government has allocated Rs 8,195.00 crore to Indian Institutes of Technology (IITs) which was Rs 7,536.02 crore for 2021-22. The higher education regulator, University Grants Commission budget has been increased to Rs 4,900.91 from the previous year’s 4693.20. Grants to central universities also saw an increase from Rs 7643.26 to Rs 9,420 crores for the upcoming financial year.

The world-class institutions, or the Institutes of Eminence have been allocated a budget of Rs 1,700 crore. Under the IOE scheme, each public institution gets financial assistance of up to Rs 1,000 crore over five years. However, the government spent only Rs. 1,369.30 crore on all until February 2021. The IoE scheme was announced by Arun Jaitely in 2016 and the first set of institutions to be designated IoEs was announced in 2018. 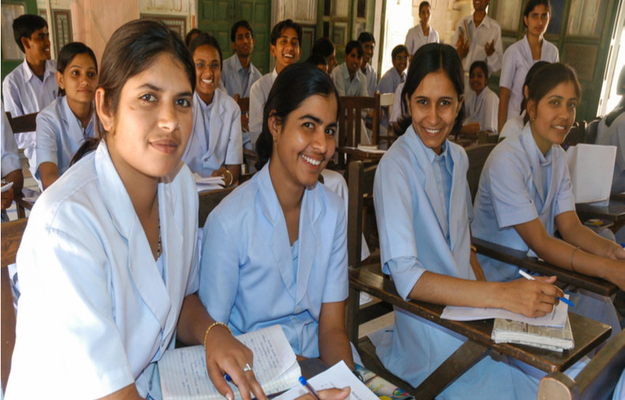