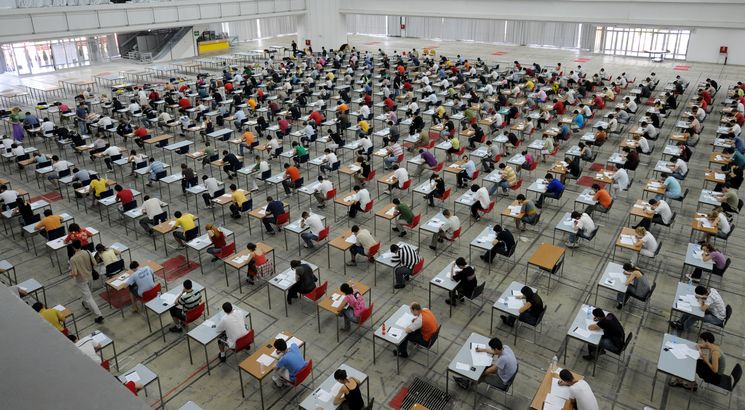 As per the prescribed exam pattern, candidates who have applied for admission to Indian  Military Academy, Air Force Academy and Naval Academy courses will have to appear for three subjects - English, General Knowledge and Elementary Mathematics. Candidates appearing for admission to Officers’ Training Academy (OTA) courses will have to appear in two papers - English and General Knowledge.

Candidates who qualify the written exam will be called for SSB interview. SSB Interview will be conducted for 5 days comprising two selection stages. Stage I of SSB Interview consist of Officer Intelligence Rating (OIR) test which is Picture Perception Description Test (PP&DT). The shortlisted candidates on the basis of their performance in OIR Test and PP&DT will be eligible to appear for stage II.

Stage II of SSB Interview will be conducted for 4 days which comprises Interview, Group Testing Officer Tasks, Psychology Tests and the Conference. Candidates who qualify the SSB Interview will be eligible for the admission to Indian Military Academy, Air Force Academy and Naval Academy on the basis final merit list released by the UPSC.