US lawmakers seek change in govt decision on international students 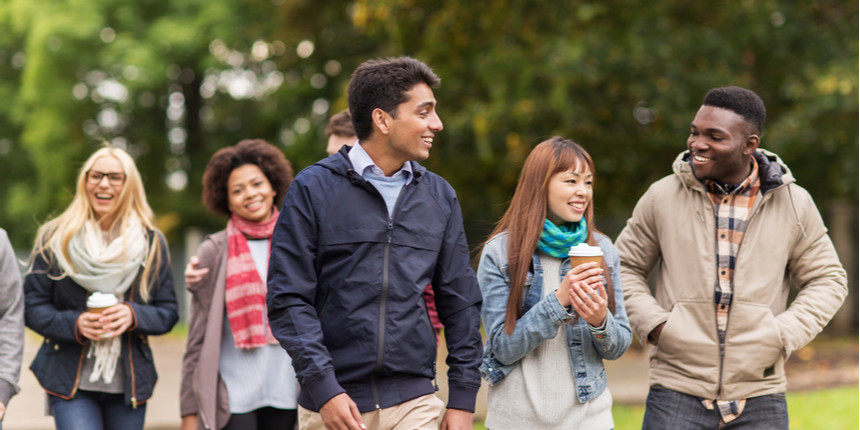 WASHINGTON: A group of 30 US Senators and 136 Congressmen -- all from the Opposition Democratic Party -- has urged the President Donald Trump-led administration to reverse its order that bars international students from staying in the country if they do not have in-person classes to attend next semester.

In its July 6 order, the ICE declared that nonimmigrant F-1 and M-1 students attending schools operating entirely online or taking only online courses will not be permitted to take a full course load and remain in the United States.

The modifications also limited many students at normally operating schools from taking more than one class or three credit hours online in order to remain in the country.

"ICE's announcement of their plans to force out or deport international students who remain at U.S. colleges and universities and who are taking a full online course load is cruel and unconscionable," wrote the Senators.

"These students are already in the United States, are established members of educational communities, and have been determined through the visa screening process to pose no danger to the United States," it added.

The letter, signed by Senators Robert Menendez, Cory Booker and Indian-Origin Senator Kamala Harris among others, expressed concern that the ICE's guidance is motivated not by public health considerations, but rather by animus towards non-citizens, immigrants and is a flagrant attempt to hold international students hostage in order to force schools to reopen even as COVID-19 cases are rising.

In the 2018-2019 academic year, there were over a million international students in the US. “We call out this policy for what it is: a cruel, senseless, and xenophobic attempt to use non-citizens as political pawns in order to financially coerce colleges and universities to reopen campuses this fall, despite what is best for public health," the lawmakers continued.

Observing that the students and schools are facing unprecedented challenges, the letter said that ICE's announcements only add to these burdens, and potentially put more students at risk.

The ICE's SEVP exemptions for the spring and summer semesters permitting students to take more online courses than usually permitted was sensible given the risks of the pandemic. “The administration should consider the wisdom of these earlier exemptions and cease the finalisation of their modifications,” the Congressmen wrote in the letter.

“These modifications have also not thought out the practical challenges of remote learning for international students,” said the letter.

Students who must move a continent away or to the other side of the world will have to participate in online classes in time zones hours apart from where they are located, which could have detrimental effects on their education, health, and livelihood.

Other students may return to regions where internet connectivity needed to participate in online classes is inadequate, leaving them unable to receive the full value of the education they are paying for, the lawmakers said.

For some students, being forced to leave the country may lead them to leave the school permanently and fail to receive a degree into which they have put so much time, effort, and tuition dollars, they continued. “This will also deprive universities of needed revenue at a time of great financial stress, straining resources for the students who remain at schools and make it harder for those with financial challenges to meet.

Moreover, forcing students to leave in short order will place financial burdens on them. Many have housing or automobile leases that they cannot break or other financial obligations in the United States,” the Congressmen wrote.

These modifications will only further disincentivise international students from coming to the U.S where they enrich campus life and our society through their talents and contributions,” they said.