New visa regulations likely to cause uncertainties for Indian students 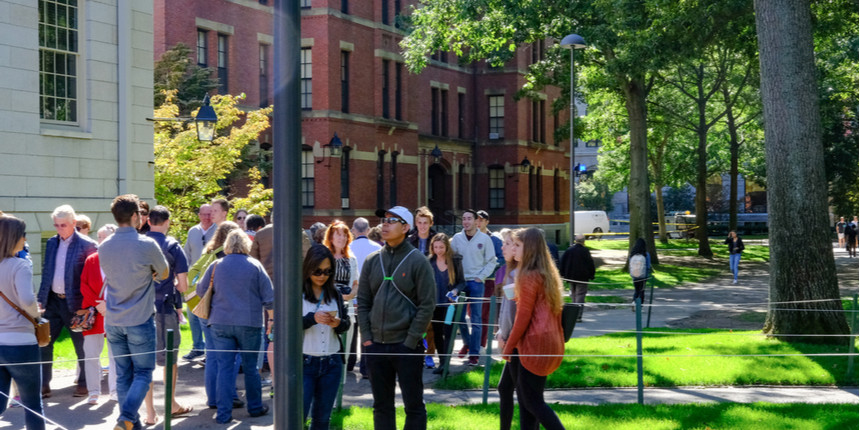 WASHINGTON: The new visa regulations requiring international students in the US with an F-1 visa to take at least one in-person course or face the prospect of deportation is likely to "cause uncertainties and difficulties" for some students, the Indian Embassy here has said.

"These new modifications at a time when many of the US universities and colleges are yet to announce their plans for the new academic year are likely to cause uncertainties and difficulties for some Indian students wishing to pursue their studies in the US," said a spokesperson of the Indian Embassy.

Responding to media queries, the spokesperson said the Indian government has taken up the matter with concerned US officials. At the India–US Foreign Office Consultations held on July 7, Foreign Secretary Harsh Vardhan Shringla conveyed India's concerns on the matter to Under Secretary of State for Political Affairs David Hale.

According to a recent report of Student and Exchange Visitor Program (SEVP), there were 1,94,556 Indian students enrolled in various academic institutions of the US in January this year. Of these 1,26,132 were males and 68,405 were females.

Noting that partnership in higher education is a key component of the strong people-to-people ties between India and the US, the spokesperson said in the last two decades Indian students in American universities and colleges have been the harbingers of a strong partnership between technology and innovation sectors between the two countries.

Indian students and US universities

The spokesperson hoped that the US authorities would provide adequate flexibility in their visa rule, keeping in mind the extraordinary circumstances created by the COVID-19 pandemic for the Indian student's community.

“We continue to engage all the stakeholders in the matters, including the US administration officials, Congressional leaders, universities and colleges as well as the Indian student's community in the US as we move forward towards the 2020-21 academic year to further strengthen our bilateral partnership in higher education,” the spokesperson said.

Announced by the SEVP on July 6, the new rules provide temporary exemptions for nonimmigrant students on F-1 and M-1 visas taking online classes due to the COVID-19 pandemic for the fall semester of the 2020 academic year.

“While these modifications do provide some flexibility for US universities and colleges to adopt a hybrid model -- that is a mixture of online and in-person classes -- they also restrict international students on F-1 and M-1 visas from taking courses entirely online,” the spokesperson said.