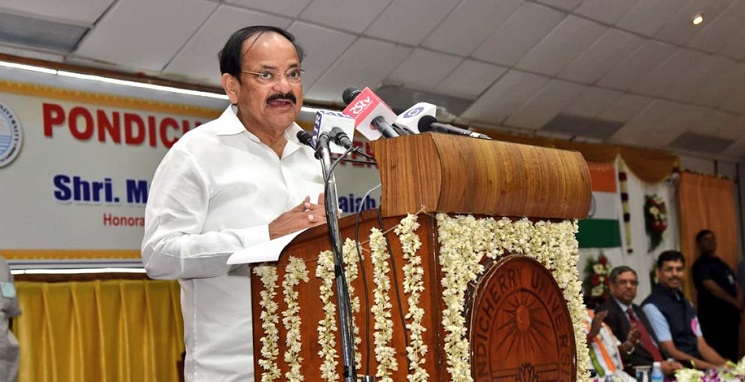 Sanskrit, an ancient and classical language of India, is the source of many other languages, he noted. "On this day, let us resolve to popularise and revive this beautiful language,"

Naidu was quoted as saying by the Vice President Secretariat in a tweet.

The language has resemblance with the vocabulary and grammar of Latin and Greek. Sanskrit has the largest vocabulary in all languages in the world. Being a predominant language of the second most populated country it has a special place and it is essential to commemorate the language. The language is no longer confined to the boundaries of India and the status of the language is recognized around the world. Sanskrit Day is one of the major reasons for the rising popularity of the language. Also now hundreds of students are pursuing courses in the Sanskrit language.