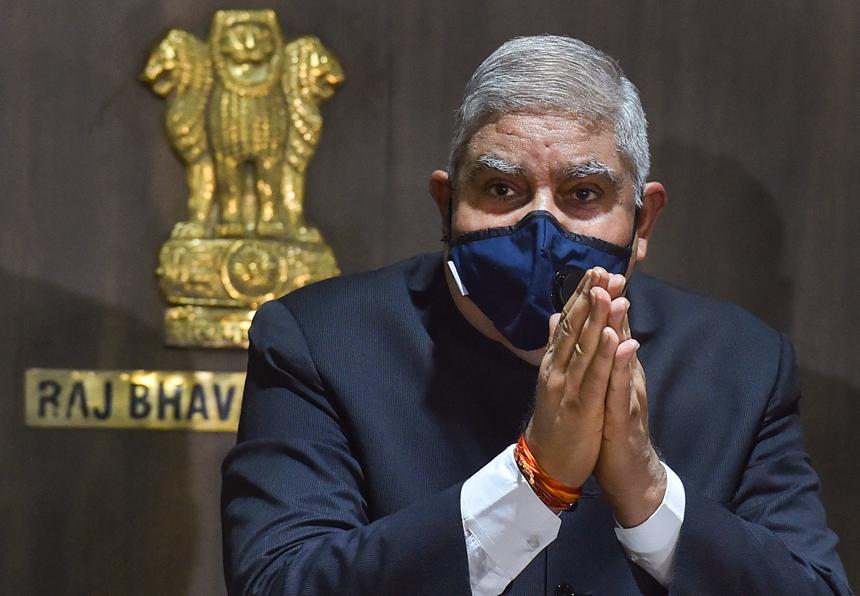 KOLKATA: The education system in West Bengal is "politicaly caged", an anguished Governor Jagdeep Dhankhar said on Thursday, a day after the vice-chancellors of the state's 23 universities did not attend a virtual meet called by him to discuss the academic situation amid the COVID-19 outbreak.

Dhankhar told a press conference he will seek an explanation from the truant VCs for ignoring his letter calling the meeting. Only one vice chancellor had attended the virtual conference with the governor who is also the chancellor of state universities. Dhankhar told reporters he will also ask the VCs, who were absent, about the academic problems being faced by students because of the outbreak of the disease.

"I find there is tightening of this political cage in the education scenario in West Bengal," he said, apparently referring to most VCs staying away from the meeting. "I wanted to fathom the problems the universities and colleges are facing by calling a virtual meeting of VCs which they opposed tooth and nail for the reasons known to all," he said.