On International Day of Yoga, the school announced that under the 'Yoga se hi Hoga' initiative, 56 students, including 20 girls, will be performing yoga daily. 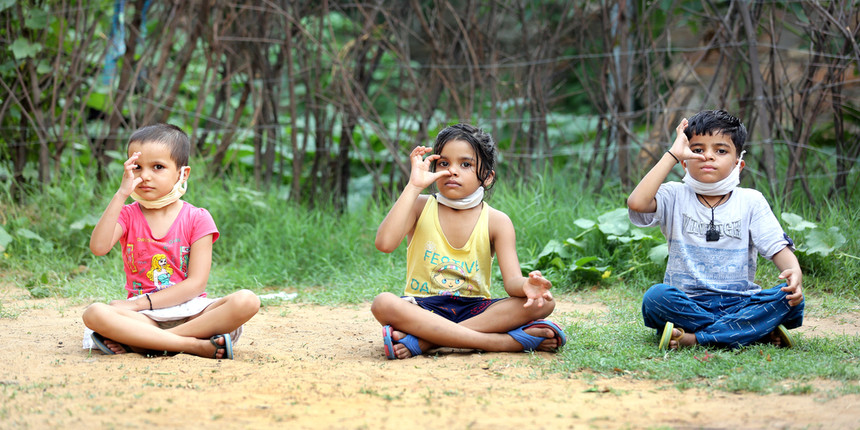 NEW DELHI: Slum children enrolled at 'Than Singh ki Pathshala' here have more reasons to smile as they will now be taught yoga along with regular subjects in a bid to boost their immunity and make them more focused towards achieving their goals in life. Than Singh Ki Pathshala, which functions out of a small temple near the Red Fort here, was started by 33-year-old Delhi Police head constable Than Singh in 2016.

On International Day of Yoga, the school announced that under the 'Yoga se hi Hoga' initiative, 56 students, including 20 girls, will be performing yoga daily after their regular classes for half and hour. Six volunteers, who take regular classes for the students, will now also be teaching them yoga. Chahat Tandon (19) of NSS Mata Sunderi College said as of now Pranayama, Vrikshasana, Dandasana and Balasana will be taught to the students. "These asanas will help the children in improving body flexibility as well as help them to stay focused and feel the positive energy in their body. The sessions will be like a physical activity...like their games period," Tandon, who has been volunteering at the school for the last eight months, said. Meanwhile, on the first day of the yoga classes on Tuesday, the students wearing bright red T-shirts bent, stretched and twisted enthusiastically on their mats.

Under another recent initiative 'Aao Likhna Sikho', the school had decided to educate and create awareness among parents of these underprivileged students so that they can write their own names and manage to speak basic English in their day-to-day lives. "Now instead of thumb impression, they (parents) should be able to write their own names as well as the names of their children and spouse. They should also be able to count numbers in English, thus not depending on others," Than Singh said. Talking about the initiative, Tandon said, "... we started with alphabets, counting numbers in English, organised nukkad nataks and created awareness among them about the difference between bad touch and good touch, among various other things." Singh said Deputy Commissioner of Police (North) Sagar Singh Kalsi got 31 students of his school admitted to three formal schools in the city after being impressed by the initiative. Asked what inspired him to also teach yoga to the kids, Singh said, "I wanted the children studying at my school to know and value the importance of yoga in their everyday lives. When the entire world and Prime Minister Narendra Modi himself has explained the importance of yoga, I felt my students should not be left behind on any front. "Yoga is important for not only their health, but also to enrich their knowledge. It will make them more strong and boost their immune system and make them more aware and focused towards achieving their goals in life. So, on the occasion of International Yoga Day, we decided that we will start yoga classes for them and teach them different types of asanas daily after their classes for 30 minutes," he said.

Now, Than Singh ki Pathshala also has children coming from far-off places to attend the classes between 3 pm to 5 pm from Monday to Saturday where students from pre-nursery to classes above eight standard are taught. Singh said the school has been getting good response and appreciation from the Delhi Police personnel and senior officers, including Police Commissioner Rakesh Asthana who recently awarded him Rs 20,000 along with a commendation certificate for his work. "I also came from a similar background, but was fortunate to wear Khakhi. So, using the power and responsibilities that come along with the uniform, I believe that every child, be it a labourer's son or daughter, should get a chance to study and pursue his or her dreams," he said. 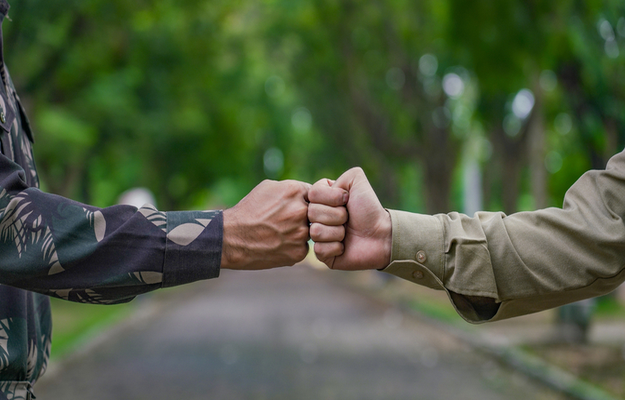 Children of Rajasthan Police personnel to get reservation in colleges, universities