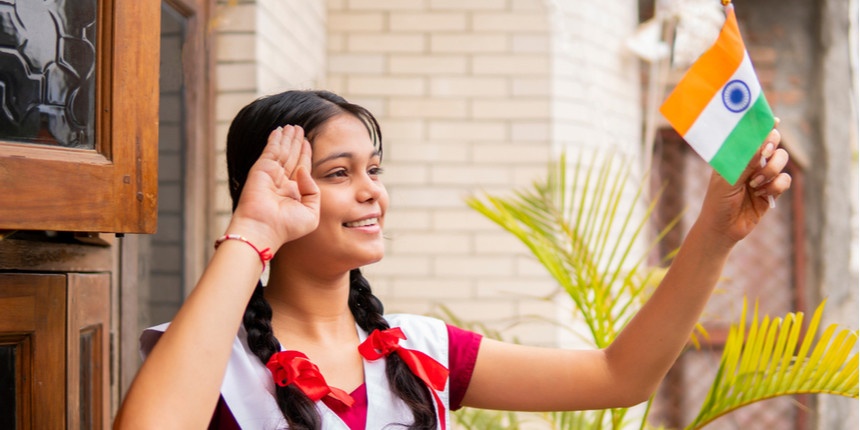 NEW DELHI: The celebration of India’s 75th Independence Day will be mainly online thanks to the COVID-19 pandemic. Educational centres across the country where students and teachers typically gather to celebrate August 15 are planning cultural programmes, competitions and quizzes online.

However, prime minister Narendra Modi will make his address at Red Fort as is customary. This year, PM Modi has invited the Indian contingent that represented the country at the Tokyo Olympics to Red Fort.

On celebrating the 75th Independence Day, PM Modi said: “This festival should embody the glimpse of the glory of Sanatan Bharat and also the glow of modern India. He said it should reflect the light of the spirituality of the sages and also the talent and strength of our scientists.”

Here’s all you need to know about the Indian Independence Day theme and guests and quotes from those who led the Independence movements.

The Independence Day theme will be India First Always First. This year's theme would be to honour the memory of the freedom fighters. Active participation from the people will be the main focus of celebrating Independence day. The theme revolves around the ideas of freedom struggle, achievements, resolve and actions.

The celebrations will be held at the Red Fort, from where PM Modi will address the nation. The Independence Day celebrations can be watched live on mobile phones and online. The added feature also includes the option to watch it in live virtual-reality mode.The option is available on both Android and Apple smartphones. The live telecast for the event will be on Doordarshan and radio broadcast will be on IDC Radio.

The government of India also set up a website for students to submit video clips of them singing the National Anthem, which will be compiled into a single video and live streamed on Independence Day.

The events for celebrating Independence Day include a freedom run by Indian navy, mountain expedition by the Indian Army, gallantry patrol by Ministry of Defence, MoD, Unfurling of the National Flag at 75 national passes by Border Roads Organisation, BRO etc.

Here’s what those who lived through the period of British rule and worked for India’s Independence said.

Bal Gangadhar Tilak: "Swaraj is my birthright and I shall have it"

Mohandas Karamchand Gandhi: "Freedom is never dear at any price. It is the breath of life. What would a man not pay for living?"

Bhagat Singh on the eve of his execution: “Today my weaknesses are not visible to the people. If I escape the noose, they will become evident and the symbol of revolution will be tarnished, or possibly be obliterated. But to go to the gallows with courage will make Hindustani mothers aspire to have children who are like Bhagat Singh and the number of those who will sacrifice their lives for the country will go up so much that it will not be possible for imperialistic powers or all the demoniac powers to contain the revolution.” (From The Bhagat Singh Reader, edited by Chaman Lal)

Chandra Shekhar Azad: " We will face the bullets of our enemies without fear. We have been free. We will remain free.”

Ram prasad Bismil: “The desire for revolution is in our hearts, let us see how much strength the enemy has.”