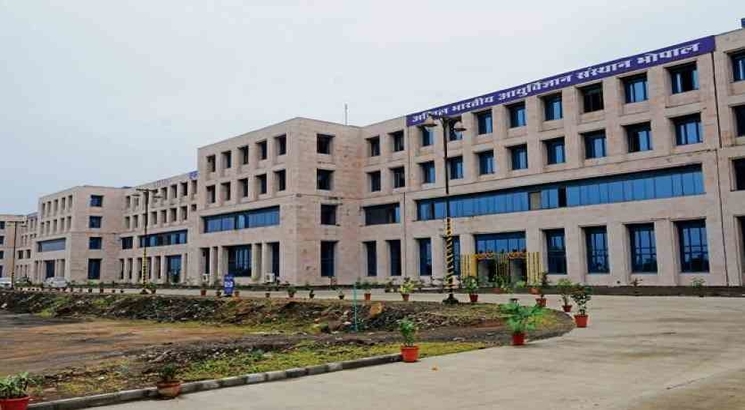 NEW DELHI, May 23: The All India Institute of Medical Sciences (AIIMS) Bhopal will finally have a full-time Director of its own after Dr. Sarman Singh was appointed to the position on May 22, 2018. The institute, which had been functioning without a full-time Director since 2015, will have Dr. Singh serving in the post till November 8, 2021. 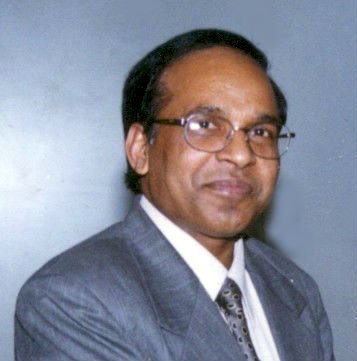 ​Dr. Singh, who is currently the Head of the Division of Clinical Microbiology & Molecular Medicine at AIIMS New Delhi, was earlier one of the 100 applicants shortlisted for the post of Director (AIIMS) like institutions under the Pradhan Mantri Swashtya Suraksha Yojana (PMSSY). Dr. Nitin Nagarkar, the Director of AIIMS Raipur who had also been serving as the Director (Additional Charge) of AIIMS Bhopal since June 5, 2015, is now expected to return to his full-time position.

Dr. Singh's selection, passed by the Appointments Committee of the Cabinet (ACC), comes after weeks of protests initiated by students and doctors at AIIMS Bhopal. As per the protesting doctors and students. AIIMS Bhopal, which was established in 2012, has seen its functioning affected by the absence of a full-time director till date. They allege that the directors appointed on a temporary basis were abstaining from taking key decisions for the Institute just to avoid controversies.

The circular appointing Dr. Sarman Singh to the position of Director at AIIMS Bhopal can be seen below - 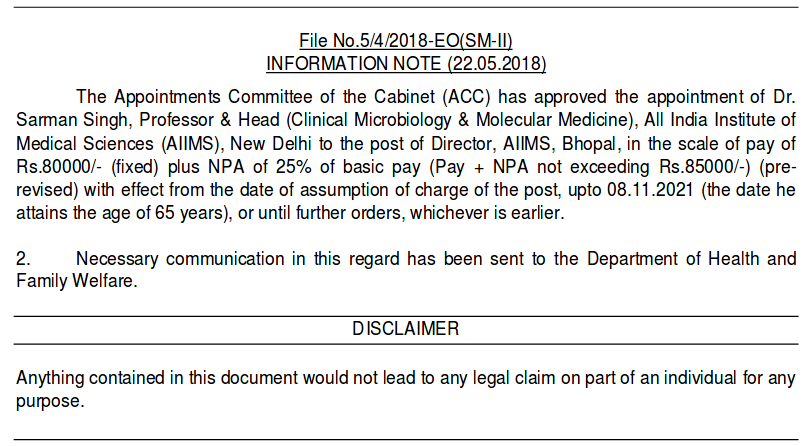 Matters came to a head on May 3, 2018, when two students of the institute, one of them a former president of the AIIMS Bhopal Students Union, undertook a foot march from Bhopal to Mathura to protest against the continuing vacancy. According to media reports, the students have claimed that the Institute had been functioning with only 135 faculty members despite having a sanctioned strength of 305. They also alleged that only 403 out of the 960 available beds in the Institute were operational.

The appointment of Dr. Sarman Singh is likely to come as a huge source of relief for the protesting students, given his vast experience and distinguished academic track record. Having completed his MBBS from the King George’s Medical College, Lucknow, Dr. Singh went on to pursue a Post Graduate Diploma in Hospital Administration and subsequently a Doctorate in Medicine with specialization in Medical Microbiology from the Post Graduate Institute of Medical Education and Research (PGIMER) Chandigarh in 1987. He first joined AIIMS New Delhi as a Senior Resident in 1988 before going to complete a short term training on epidemiology of infectious diseases from the University of Michigan, Ann Arbor, and obtaining training in Ethical issues in International Health Research from Harvard Medical School, USA, and University of Natal, South Africa.