AUD SFI and other student organisations have decided that the issue will be escalated to the Delhi CM's office if the issue is not resolved by Thursday. 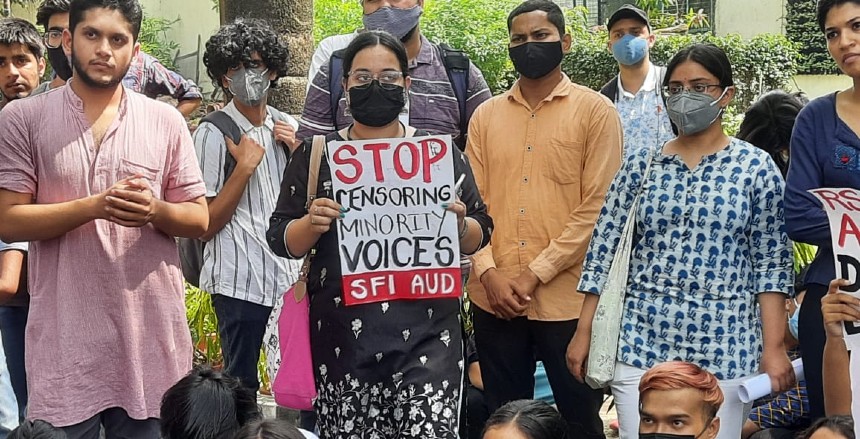 NEW DELHI: The Students’ Federation of India (SFI) had called for a protest on Monday to demand strict action against the registrar and proctor of Ambedkar University, Delhi for their alleged use of force and violence in disrupting the 'March for Secular Peace' conducted on April 21 in solidarity with the victims of Delhi’s Jahangirpuri violence.

A large number of SFI members gathered with placards and posters in front of the canteen and began their march to the Ambedkar University Vice Chancellor's office to demand to speak with her about the administration's actions.

In a statement, the students’ group said, “As has unfortunately become a usual sight in the AUD campus recently, a large number of security guards were present and a barricade was put around the entrance of the administration block. The students remained consistent and unrelenting with their sloganeering and demands for justice. There was an attempt by about 7-8 members of ABVP to disrupt the March.

“As usual, their disruption came in the form of passing lewd comments at our women comrades and raising communal slogans. In order to prevent any violence perpetrated by the ABVP goons, some SFI members formed a human chain around the mass of students protesting. After some more time of raising communal slogans and directly attacking certain SFI members however, the small group of ABVP goons eventually dispersed,” it said.

They said that the registrar and the proctor showed their distaste for SFI's affiliation with the protest. When asked for the Vice Chancellor's presence, the administration members said that "the Ambedkar University VC was not present in the campus and was in fact out of station for some official meeting".

“Yet another unfortunate coincidence that has been noted in AUD in the recent couple of years is that whenever the VC is to be held accountable for the actions of the administration,she is not present for her own students.

Saying that the AUD VC is never “present for her own students”, Anil, president of SFI AUD KG Unit said, "We unconditionally condemn the irresponsible behaviour of the AUD administration. They are very conveniently unavailable whenever the students demand any form of justice for their own University. The Registrar and Proctor will be held responsible for their actions,and our struggle will continue till that happens." 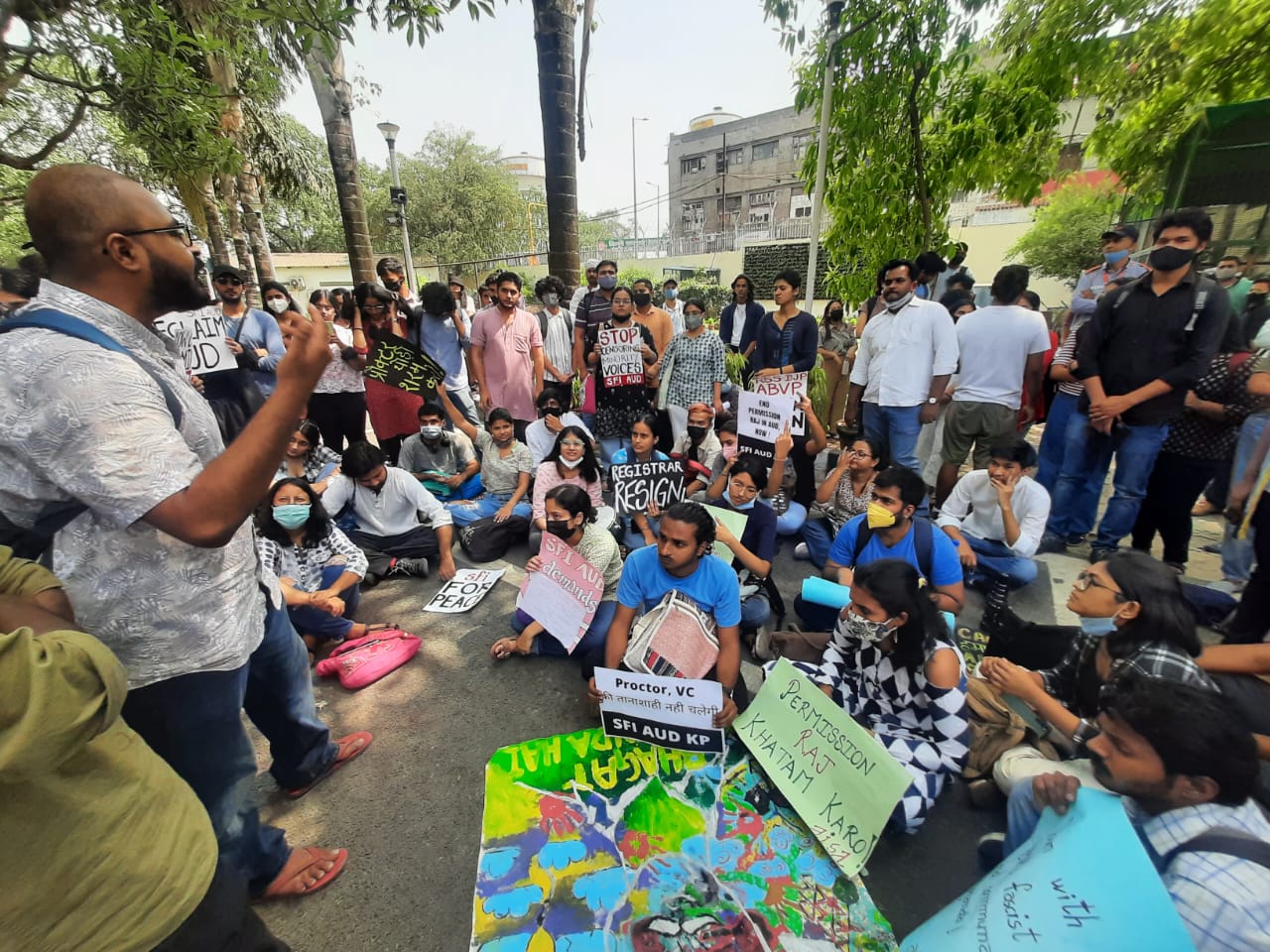 He further added: "While conducting a lecture series on Ambedkar and his contributions around Ambedkar Jayanti,our organisation was stopped as it was claimed we were 'disturbing the campus environment'. This is what the adminstration is doing in a University named after Ambedkar himself."

"The very framework of democratic discourse in AUD is being challenged by the administration here. When ABVP members raise communal slogans, they are not stopped in any manner,but contrastingly when SFI members raise demands for peace, our posters are torn up and our members are treated with physical force," Vedant, President of SFI AUD KP Unit said.

After the protest today the VC office has promised to meet the students by Thursday and received the memorandum demanding action against the registrar and proctor. SFI and other student organisations have decided that the issue will be escalated to the Delhi chief minister's office if the issue is not resolved by Thursday. 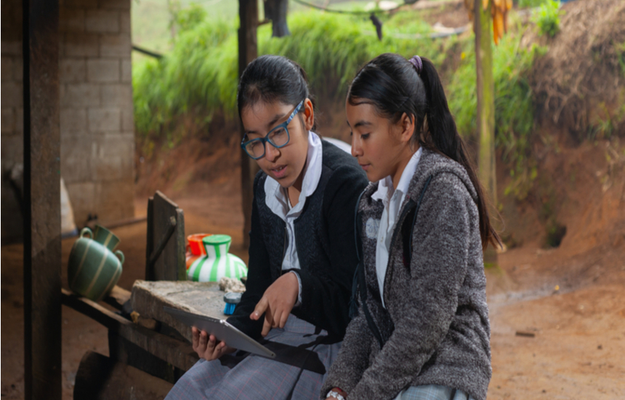