AMU spokesperson said that there was a “law and order situation” due to a firing incident on Friday - the first day of three-day long AMU lit fest 2022. 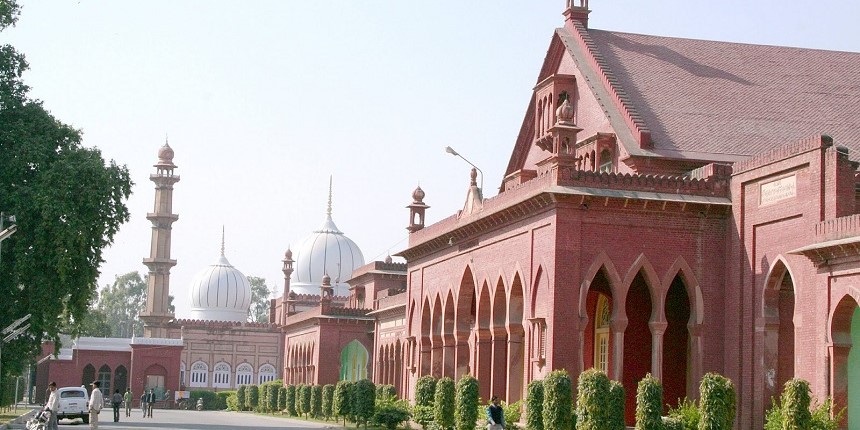 By Sanjay and Vagisha

NEW DELHI: Today’s sessions at Aligarh Muslim University (AMU) literary festival 2022 have been cancelled by the university administration citing "unavoidable cirucmstances". While the event was resumed on Saturday after several rounds of talks between the organisers and administration, Sunday’s schedule remains cancelled as the event venue has been made “inaccessible.” While organisers alleged that there is a pressure on administration to cancel the event, AMU spokesperson Shafey Kidwai refuted the charges saying that the AMU literary festival has been cancelled due to "collapse of arrangements" and "law and order situations". He also said that the event was cancelled to avoid the possible spread of the Covid-19.

Also read | ‘To affirm constitutional politics’: What are DU prof Ratan Lal's posts on YouTube about?

“The administration has tried to continuously hinder the fest for the last 2 days. There were objections for the last 2 days but today the venue has been made inaccessible to the organising team. Prof Raghuram Rajan was the keynote speaker yesterday and the admin was under pressure to anyhow stop the event to not let voices of dissent rise. Earlier on Saturday, the administration permitted the event to continue but later at night the PRO released a notice saying that the event has been called off due to unavoidable circumstances. The real reason for cancellation is that the administration is “facing pressure from government authorities” a member from AMU's debating and library club (organiser of lit fest) told careers360 on the condition of anonymity.

A notice issued by AMU PRO dated May 21, 2022 said that due to unavoidable circumstances, the events of May 21 and 22 of AMU literary festival have been postponed till further order.

'Law and Order' and 'Collapse of arrangements'

AMU spokesperson Kidwai said that there was a “law and order situation” on Friday - the first day of three-day long AMU lit fest 2022. “A firing incident happened outside the lit festival venue on Friday. It was the first big offline event after two years of Covid-19 pandemic and a huge number of students turned up. The official venue Kennedy auditorium has a capacity of not more than 1,400 students but more than 5,000 students turned up and it was almost a stampede-like situation. Just to avoid similar situations, we first rescheduled it and later postponed it as a precautionary measure. We will make arrangements later on.”

Commenting on what led to the resumption of the event after being cancelled, Kidwai said, “Some students resumed the event but it was not officially announced because of law and order issues. The day 2 sessions were not held at the official venue Kennedy auditorium but in classrooms.”

While refuting the allegations of any kind of pressure from the government, AMU spokesperson said, “It is not right to say that the event has been called off because of an invitation to certain panellists.

The three-day long literary festival which features lectures, panel discussions, and discourses on books, was organised by debating and literary club which is part of Cultural Education Center (CEC), AMU.

Prof FS Sherani, coordinator, CEC said, “This time we organised the event at the AC-fitted Kennedy auditorium. The crowd at the venue was triple of its capacity on day 1 with half of them being girls. We don’t have sufficient security arrangements to manage such a big crowd. We don’t allow police on the campus in line with university’s protocol. The arrangements completely collapsed on day 1 itself and we could not close the doors to avoid overcrowding.”

The three-day long AMU literary festival 2022 started on May 20 in hybrid mode and it was scheduled to conclude on May 23. Four sessions were held on Friday and six sessions were held including one in virtual mode by former Reserve Bank of India governor Raghuram Rajan on Saturday.

MAA Khan, who writes under the pen-name Ali Khan Mahmudabad, an Assistant Professor at Ashoka University was scheduled to deliver a lecture on “The ethics of dissent: Indian Muslim and the shift from marginalisation to exclusion” on Sunday. In a tweet he said that “hard work of the students is being thwarted as some people fear dissent."

On my way to Aligarh for the @udlc_amu Lit Fest.

Admin has locked doors of venue without giving reasons.

Muzzling the freedom of speech is a grave violation of our country’s foundational principles.

Sad that hard work of the students is being thwarted as some ppl fear dissent!

Sajid Bukhari, one of the members of debating and literary club said that, “We weren't informed in writing, the venue has been made inaccessible, book stalls were removed at 2 am.”

With a heavy heart I bring you this news, AMU Literary Festival 6.O is once again cancelled by University admin.

We weren't informed in written, venue has been made inaccessible, books stalls were removed at 2 am.

Seeing shrinking of university spaces for discussion is painful! pic.twitter.com/qsSzA5Lpuw

In a tweet, AMU’s debating and literary club said that it has not been able to establish any communication with the relevant authorities.

The Day 3 of the #AMULitFest2022 stands cancelled as of now. Although we haven’t received any official word, the event venue has been made inaccessible to the @udlc_amu. We have not been able to establish any communication with the relevant authorities. Further updates awaited.

The concluding day of AMU literary festival 2022 was scheduled to have six sessions including a panel discussion with panellists including senior journalist Saba Naqvi and author Ghazala Wahab. 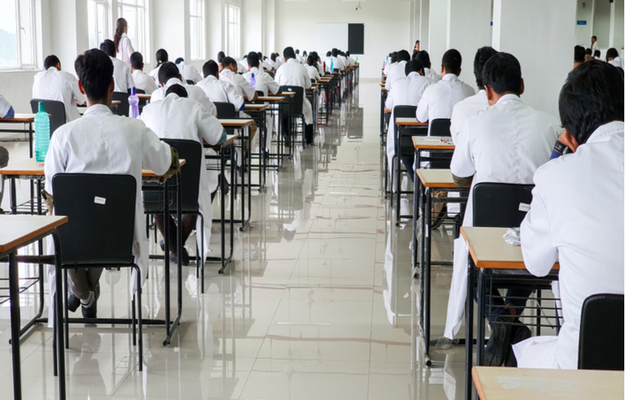