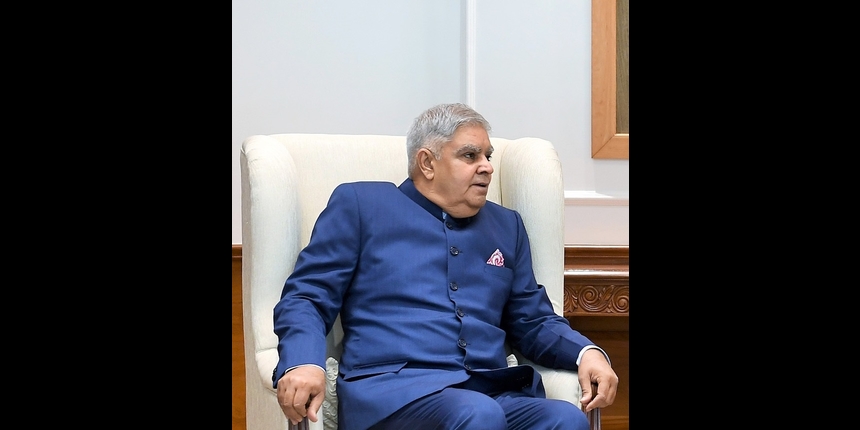 KOLKATA: West Bengal governor Jagdeep Dhankhar Tuesday urged the TMC government in the state to rethink its stand of not implementing the new National Education Policy, which he called a "milestone in the field of education".

The new National Education Policy should be enforced wholeheartedly by everyone, Dhankhar told newsmen here.

Dhankhar's comment on the NEP comes a day after West Bengal Education Minister Partha Chatterjee said it undermines the country's federal structure and will not be implemented in the state any time soon. Chatterjee had attended the 'Governors Conference on the Role of NEP in Transforming Higher Education' on Monday which was addressed by Prime Minister Narendra Modi.

"The new National Education Policy 2020 is a milestone. All of us should wholeheartedly enforce the new policy for the betterment of the education sector of our country. It will put innovation and research on a very high pedestal. I am sure the state govt will rethink about it rather than taking the stand 'we don't agree'," Dhankhar said.

Dhankhar has often been at loggerheads with the TMC government in the state since he took over as governor in July 2019 on a variety of issues. The TMC irked with his critical stand had even called him an agent of the BJP.

On Tuesday the governor took a dig at the TMC government over the Police Day celebrations in the state and urged Chief Minister Mamata Banerjee to "unshackle the force from the political chains" and refrain from converting the police personnel to frontline political workers. Dhankhar, while hitting out at the state government over "worsening law and order", expressed concern over ongoing "political violence and killings" in the state.

"Police Day Reflections Why fear governance @MamataOfficial without police political support! Why not gift freedom to it to act as per law! Why not unshackle its political chains @MamataOfficial. Why make police front line political workers! Why quid pro quo stance!" Dhankhar said in a tweet.

His tweet came just hours after Banerjee heaped praise on the state's police force for their "relentless" fight against the COVID-19 pandemic over the past six months and urged them to "carry on the good work without paying heed to any adverse remark".

Dhankhar said at the press conference that he is worried over police being politicised in Bengal which in turn is leading to anarchy.

Banerjee, during a programme here to mark Bengal's first Police Day, said Kolkata Police and West Bengal police have been diligently performing their duties and providing all help to the people of the state amid the coronavirus crisis.

Bengal postponed the Police Day celebrations to September 8 due to the death of former president Pranab Mukherjee.