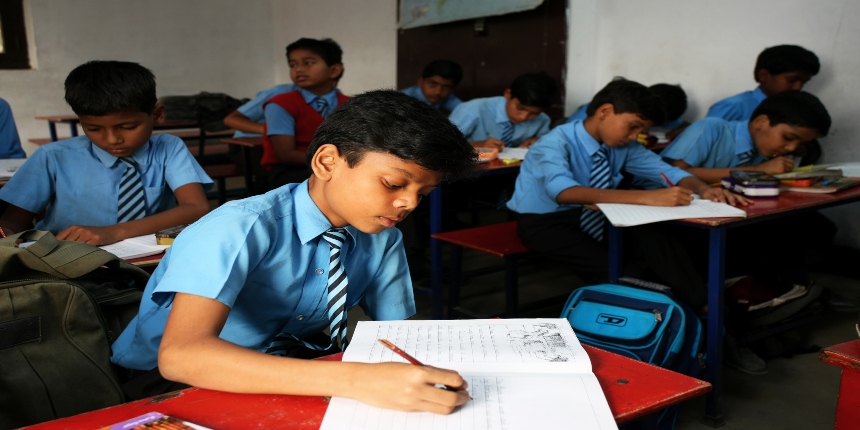 NEW DELHI: The Right to Education Forum released a fact-sheet on the status of school education financing in India on Thursday, January 23, 2020.
The fact-sheet has been prepared by the Centre for Budget and Policy Studies after a detailed study of public expenditure in 16 states supported by United Nations Children's Fund (UNICEF) and the analysis of educational finances in six states supported by the World Bank.

The report highlights the gender-based deprivation of girl child in India where 40 per cent of the girls between the age of 15 and 18 are not enrolled in any educational institution. As per the report, nearly 60 million children lack access to education in India.

The factsheet indicates a downward trend of spending in the education sector as one of the biggest challenges. A CBPS report quoted in the factsheet specifies a direct relation between public investment in education and child development and empowerment.

The state government’s spending on education is higher, standing between 70 and 80 per cent of the total budget. However, due to the centrally sponsored schemes, where the funding is shared by centre and state, the allocation has declined over time even at the state level. The states are required to provide a defined share for such schemes leaving fewer funds for the state-level expenditure.

Such schemes are designed at the centre but implemented by the state government like Samagra Shiksha Abhiyan.

The forum has demanded more generous funding of education and that the Right to Education Act 2009 be amended to make school education free and compulsory beyond Class 8 as well.

To address the gender gap in education, the forum has recommended investment more public secondary schools in all neighbourhoods, increased allocations to interventions like the safety of girls, recruitment of women teachers and gender-sensitization training.