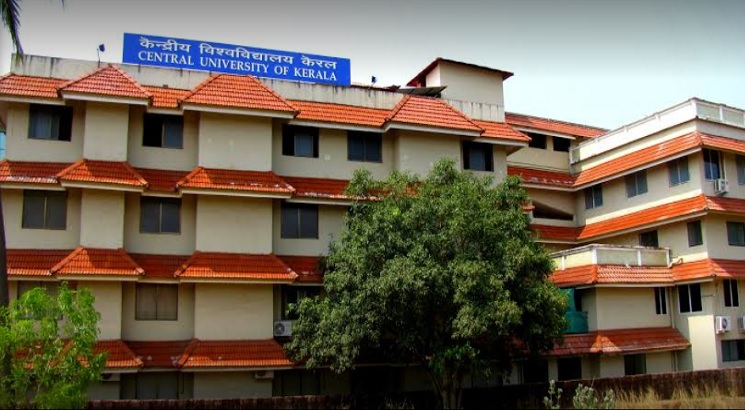 NEW DELHI, SEPTEMBER 10: Central University of Kerala has suspended a senior professor for allegedly criticising the university through a Facebook post. Dr Prasad Pannian criticised the CUK administration over the legal and police action initiated by the university against a ‘Dalit’ research scholar.

Dr Pannian is presently working as the Head of the Department of the English and Comparative Literature, he has been suspended from the post. The Dalit scholar, Ganthoti Nagar Anju, reportedly participated in a student protest in the university and broke the glass of a fire hydrant, which led University to take action against him.

Dr Pannian wrote a Facebook post criticising action against the student in the course of a democratic protest.

The CUK suspension order mentions, “The Act of Dr Prasad Pannian is in violation of CCS conduct rules 1964 adopted by the University vide Ordinance no.34 and warrants disciplinary proceedings against him...”

The Federation of Central University Teachers Associations (FEDCUTA) has demanded the withdrawal of his suspension orders. FEDCUTA in its press release said, “The suspension order served to Dr Pannian is shockingly for criticising the university on a Facebook post over the legal and police action initiated by the university against a vocal Dalit research scholar.” 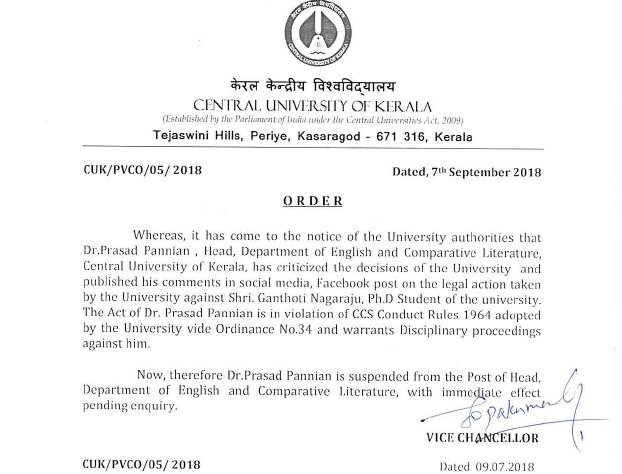 The FEDCUTA has demanded an immediate revocation of the suspension order served on him as well as the withdrawal of the inquiry against him. The FEDCUTA also demands the withdrawal of all legal and police proceedings against the research scholar who should be given full constitutional rights to pursue his research and activism.