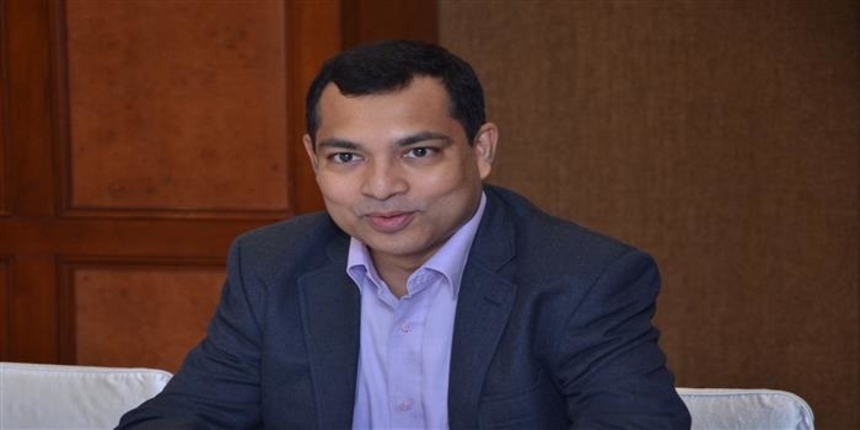 Business schools across the globe are likely to witness rebooting of management education in the next few years, the fourth since the first business school was established in Europe opines Dr Atish Chattopadhyay, Director at IFIM Institutions

Business schools globally are facing major challenges today. These challenges are a function of tectonic shifts in the landscape of management education; like rising importance of ranking and accreditations, the ongoing debate on rigour vs. relevance in terms of research orientation and the digital revolution ushering in the Industry 4.0.

This new era which will be in sync with Industry 4.0, may well be termed as Management Education 4.0 (ME 4.0). The term ‘Management Education’ is chosen purposefully, as management today encompasses organisations (from corporations to SMEs, from the public sector to NGOs) that contribute towards grooming professionals who positively impact their businesses, communities and the world.

The next few years are likely to witness a rebooting of business education, the fourth since the first business school that was established in Europe in the year 1819.

If we look back at the history of management education in the global backdrop, it can be divided into three distinct phases. The first phase (1819-1945): This was characterised by initial institutions driven by demand for the new type of business professionals like managers, that conventional universities were not able to fulfil. The second phase (1945 -2000): In this period institutions aimed to become more scientific in its approach to make business administration and management as standalone disciplines, triggered by the report written by Robert Gordon and James Howell in 1959 for the Ford Foundation. The third phase (2000 until today): Represents the era of globalisation with the rising importance of accreditation bodies like AACSB and EQUIS. This phase also marked the emergence of international rankings like The Financial Times (first published in 1999) and The Economist (first in 2002).

Considering the above, management education in India is a relatively new phenomenon. Indian Institute of Social Welfare and Business Management (IISWBM), was set up in 1953, as India’s first official management institute in Calcutta. The government of India applied for and received a grant from the Ford Foundation in 1961 to launch IIM Calcutta and IIM Ahmedabad. IIMC was established in collaboration with the Sloan School of Management at MIT and IIMA with Harvard Business School. IIMC adapted Sloan’s incident method and laboratory training and pursued a research and teaching philosophy more focused on quantitative aspects of management. In contrast, following HBS, IIMA pioneered the case method of teaching in India and conducted research oriented towards qualitative strategic integration. With the support of expertise developed by the pioneering IIMs, two more IIMs were founded – IIM Bangalore in 1973, and IIM Lucknow in 1984. In 1991, the number of approved management education institutions in India was only about 130, with an annual MBA intake of about 12,000, comprising of 8000 full-time, 3000 part-time and 1,000 distance education students. Only in the late 1990s, two additional IIMs, IIM Kozhikode and IIM Indore were established.

Indian Business Schools today are in a difficult situation as there is a continuous pressure to achieve global standards, in spite of them being relatively new entrants compared to their global counterparts. The situation becomes further challenging owing to the following reasons. First, the emergence of ranking bodies and the need for international accreditations, who rely on standardized assessment criteria for which schools need to fulfil key performance metrics. For example, schools need to have at least 50% of courses to be delivered by research productive permanent faculty. This entails recruitment of research active permanent faculty pushing up the cost of education. Second, the requirement to publish in academic journals results in faculty often focusing on research that may not always be relevant to prepare the graduates for the job market. Third, the emergence of Massive Open Online Courses (MOOCs), has started questioning the very idea of knowledge transmission. Fourth, the changing needs of the industry - If we look at the top ten global companies in terms of market capitalisation over the last one decade, one would see the entry of new digital companies (like Google, Apple, Amazon, Facebook) into this elite league. The world economic forum in their recent report on ‘The Future of Jobs’ states, ‘…the fourth industrial revolution, which includes developments in previously disjointed fields such as artificial intelligence and machine learning, robotics, nanotechnology, 3-D printing, and genetics and biotechnology, will cause widespread disruption not only to business models but also to labour markets over the next five years, with enormous change predicted in the skill sets needed to thrive in the new landscape.

Given the above challenges, business schools are faced with several dilemmas. Whether a school should consider teaching or research to be its focus. Research, which is a requirement for international accreditations, is an expensive activity which makes varied sources of funding necessary – it requires direct resources and time spent by the faculty. Given the cost pressures, over the last decade, tuition fees at most institutions have risen exponentially, even in public-funded institutions like IIMs, and students have often questioned the return-on-investment of an MBA degree. Today, the business schools in India are forced into a race for prestige as reflected in international rankings and accreditations, while trying to cope up with changing the industry through realignment of their curriculum, pedagogy and approach to knowledge creation.

Let us look at how research may be viewed going forward. It may not be enough to make only an academic contribution; it will be important to translate them into articles that can be published in high circulation business press which can enhance the brand equity of the school. Similarly, the pedagogy of the teaching-learning process will undergo a shift. Transmission of knowledge in the form of lectures will become less important as information will be available online. This will shift the focus from information transmission to the development of know-how and skills.

Students will become active co-producers through the rising importance of group works, simulations, games and role play. Teachers will need to adapt their styles and will be required to act in front of a camera and to manage discussions in the class. The focus of schools will need to shift towards the development of soft skills, analytical skills and know-how. Faculty will need to evolve from knowledge professionals into coaches and facilitators.

The good news is that forward-looking schools have initiated action in this direction. IFIM Business School, Bangalore in association with National Human Resources Development Network (NHRDN) undertook an exhaustive initiative to reach out to 300 industry executives to find out the skills required for Industry 4.0. According to the IFIM-NHRDN study, successful future professionals will be ‘T’ shape professionals that combine both widths in general management areas, and depth in specialized areas. In this ‘T’, the top bar represents the broad skills such as the people skills, the social skills, and an appreciation of multi-functional capabilities and how the functional areas play among themselves, whereas the pillar on which the top bar rests, represents deep knowledge and skills in an area of specialization. The newly launched curriculum of the school is an outcome of the study.

It is interesting to note that these efforts have started yielding results and Indian business schools have started making a mark in the global arena with nine AACSB accredited schools and four schools accredited by EQUIS - IIMC and ISB being the ones accredited by both. Three of the business schools with AACSB accreditation from India, namely IFIM Bangalore, IIM Udaipur and ISB are in existence for less than twenty-five years and their achievements can be considered remarkable even by the international standards. However, the future winner will be the one who can embrace Management Education 4.0 (ME 4.0) to be in tune with Industry 4.0; which will entail the adoption of a new curriculum, new pedagogy and new paradigm of research.

How an Indian engineer became famous for his photographs of outer space
Atul Krishna | Oct 14, 2021
More From Pritha Roy Choudhury