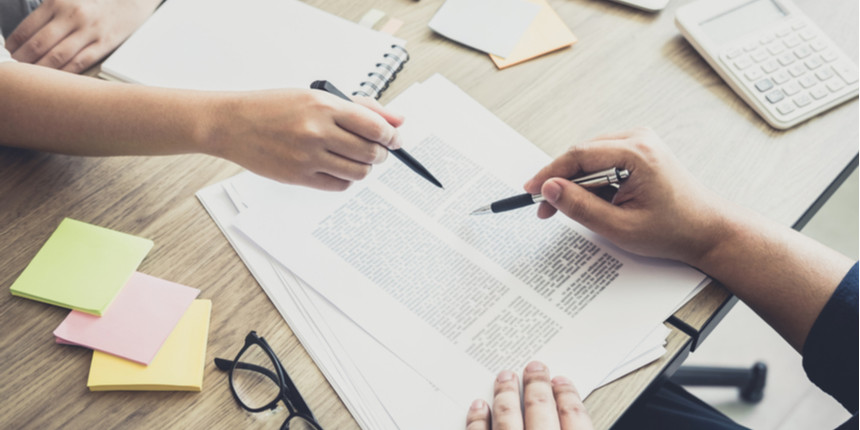 NEW DELHI: CLAT 2020 exam concluded today at 4 pm, and since then the attention has moved to CLAT exam analysis. Was the paper difficult, what types of questions were asked, were there any incorrect questions, expected cutoff; these are some of questions that the students wanted to know the answer to. While the leading coaching institutes have already done their exam analysis, Karan Mehta of LegalEdge Tutorials shared his own analysis of the exam.

Mehta compared the CLAT paper to the year 2020, ”surprising and shocking. Surprising because the Level of Difficulty was a lot higher than predicted from the official sample papers issued by the Consortium of CLAT and shocking because one of the most favourite sections of the high-scoring Test Takers, Current Affairs, was a nightmare.”

"Mathematics or the 'visually appealing' Quantitative Techniques (QT) was a tad tough too. English Language and Legal Reasoning were largely on expected lines but, Legal Reasoning was again a notch difficult when compared to the official sample papers, which were released before the exam." said the director of LegalEdge Tutorials,

In a nutshell, with a few sections such as Current Affairs and QT raising the bar big-time, and Legal Reasoning having some typical answer options, the overall level of difficulty of the CLAT 2020 was moderate. If someone attempted 110+ questions, it could be termed as a good number attempt.

The section had some very typical passages which many would have found difficult to comprehend. There were also straight questions from Vocabulary, Figures of Speech and Idioms/Phrases. Surprisingly, there were no questions to test English Grammar skills of the candidates.

Student feedback suggests that this section was tricky and lengthy even for those who are generally comfortable with numbers and calculations.

The section was on the expected lines with more weightage being given to Critical Reasoning and only a few questions being asked from Analytical Reasoning. The passages were from current events, making the overall understanding of the passage a lot better.

The answer options though were close and students should have sound knowledge of critical reasoning concepts to crack them.

This section was also on the expected lines with most of the passages covering current news around legal affairs. In this section, candidates were also expected to have a basic idea of the important legal terms for a better understanding of the questions. Those who were well-read with current legal events would have found the passages quite familiar.

The section was on the lines of CLAT 2020, which caught students off-guarded. The reason for this being that the section was Analytical and not factual. Only someone who was well-read and had done a thorough analysis of the most important topics of the year could have got the right answers. Events like NEP, COVID, UAE-Israel Peace Deal, Atmanirbhar Scheme etc. were covered in the exam.