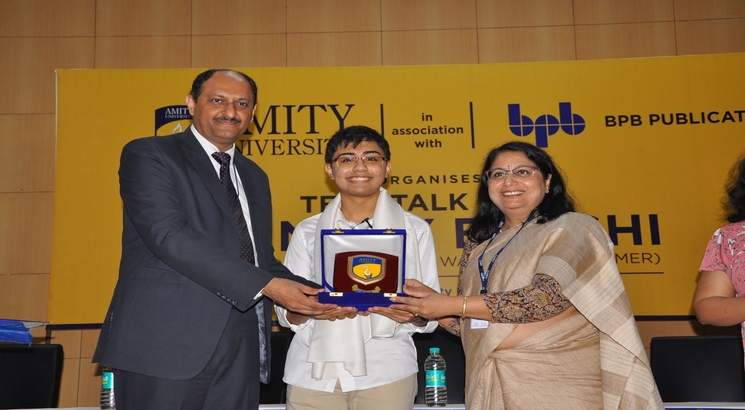 NEW DELHI, OCTOBER 5: Tanmay Bakshi, the world's youngest coder to partner with IBM Watson and a TED Speaker emphasized that coding should be introduced as a part of school curriculum at a talk show organised by Amity University, Noida.

Speaking to Careers360 after the event, Tanmay said, “As a matter of fact, it is really important to bring this to the course through the curriculum and add this as a critical part of what they learn. In future, unless you know how to talk to technology you are going to be at the other end of the jobs doing what computers tell you to do. So you have got to make sure that you do know how to program or at least try to get into it that's really really important."

The 15-year-old who started coding at the age of five is an IBM Champion and Honorary Cloud Advisor for worldwide conferences. Tanmay started a YouTube channel at the age of seven and posted tutorials about web development and coding. He completed his first iOS/ Apple at the age of nine and is working on various areas requiring Artificial Intelligence.