THE to come up with Ranking 3.0; reworking ranking matrix 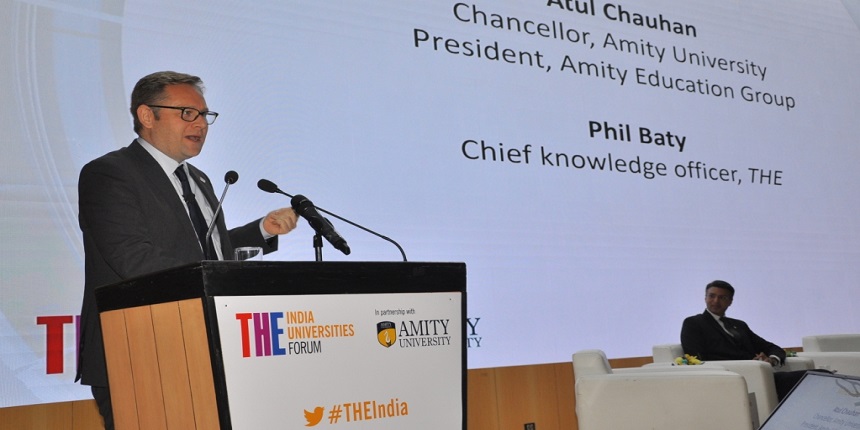 NEW DELHI: With the increasing number of universities from the developing nations participating in international rankings, Times Higher Education (THE) has announced that it is reworking its ranking matrix, and the new Ranking will soon come up, called Ranking 3.0. International rankings have been criticised by a section of academics for being skewed towards west.

Phil Baty, Chief Knowledge Officer THE speaking at the India Universities Forum at Amity University said that Indian universities are improving in the global rankings. “This is a real cause for optimism in Indian Higher Education. Also, India’s ranked universities have increased the quality and quantity of research publications,” said Baty who also informed how THE was also reworking the ranking matrix and calling it Ranking 3.0.

Citing huge potential ahead for Indian universities and to rise up the global rankings, experts called for extensive investment in teaching and research along with institutional autonomy and academic freedom.

Jo Johnson, Chairman, Tes Global and Ex-Minister, UK Universities in his keynote address said that he was ‘saddened’ to see violence at some of the prominent campuses in recent weeks. “This is clearly not an image of India that’s going to help attract brilliant academics back to support the growth of Indian higher education system as it embarks on its next stage of the exciting journey,” he shared.

Dr. Atul Chauhan, Chancellor, Amity University said: “It is important for us in the field of academics to benchmark globally, to see what is happening around the world and where we need to aim for the next step. International governments are looking at the quality of Indian education and are putting their money and inviting Indian Universities to come and establish campuses.”