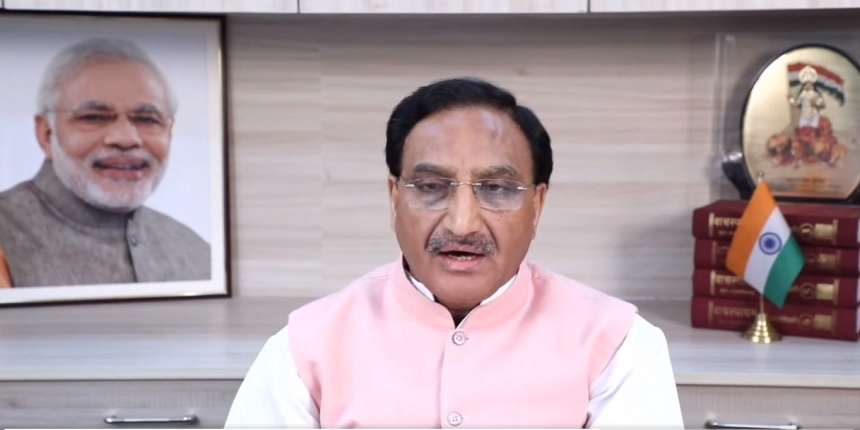 NEW DELHI: Union Human Resource Development (HRD) Minister Ramesh Pokhriyal ‘Nishank’ has urged the students of Indian Institutes of Technology (IITs) to come forward and create new mobile applications as alternatives to the apps banned by the Government of India on Monday.

Pokhriyal was speaking at the launch of the online degree programme by the IIT Madras, BSc Degree in Programming and Data Science. Through this programme, the institute aims to bring learning directly to students, anywhere they live.

Earlier, in an unprecedented move, the government banned 59 Chinese mobile applications, including popular social media platforms such as TikTok, Helo and WeChat, to counter the threat posed by these applications to the country’s “sovereignty and security,” as per a release issued by the centre.

Other prominent apps including file-sharing platform ShareIT, UC browser, CamScanner and shopping app Clubfactory, have been blocked amid rising tensions between the two neighbouring nations, India and China following clashes at the LAC (Line of Actual Control) in Ladakh on June 15.

HRD Minister Pokhriyal has asked the students to look at this opportunity as a challenge. He said: “It is a golden opportunity of our students, they should come forward and assure the nation that we do not need these apps, we are capable, we have the talent to create our own system, They should accept this challenge.”

While announcing ban on the Chinese apps under Section 69A of the Information Technology Act, the Ministry of Electronics and IT (MeitY) said it had received complaints from various sources, including several reports about the misuse of some mobile apps for stealing and surreptitiously transmitting users’ data in an unauthorised manner to servers outside India.

The government has also alleged that these applications are engaged in activities “prejudicial to sovereignty and integrity of India, defence of India, security of state and public order.”