Delhi Government forms committees for its own education board 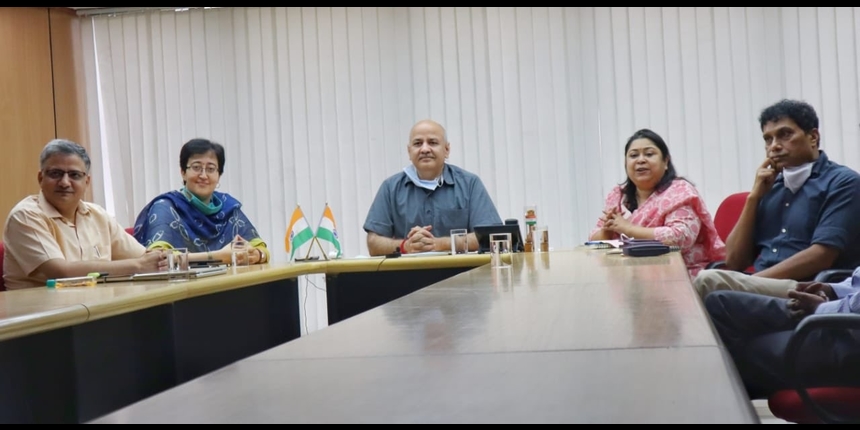 NEW DELHI: Delhi’s education minister, Manish Sisodia announced the formation of two committees that will help create of city’s own education board and guide curriculum reforms on Wednesday.

On Tuesday, Sisodia had convened the first meeting of the two committees at the Delhi Secretariat.

The education board committee will study global best practices in learning assessment, reimagine current assessment practices and suggest guidelines for an innovative, student-friendly scheme of assessment.

The board will function on the recommendations of the curriculum reform committee. The new education board will mean that Delhi Government schools will be de-linked from the Central Board of Secondary Education.

Members of this committee include Ankur Sarin, a teacher at IIM Ahmedabad, Wilima Wadhwa, director of ASER Centre, Ashok Pandey, director of Ahlcon Group of Schools amongst others.

In addition, to “re-invent” the current curriculum for nursery to Class 8, the Delhi Curriculum Reform Committee will study the pedagogical practices adopted in various countries.

“The Committee is mandated to re-imagine current curriculum, pedagogical practices and provide a roadmap for an innovative, student-friendly curriculum for the pre-primary, primary and upper primary stages in the schools of Delhi,” an official statement said.

The members of curriculum reform committee will include Abha Adams, advisor, Step by Step School, Ameeta Wattal, principal, Springdales School, Rukmini Banerji, CEO, Pratham Education Foundation, Vinod Karate, social entrepreneur and CEO, The Teacher App, amongst others. It is not clear if there will be any representative from Delhi Government schools in either of these committees.

“We want to reimagine education so that each and every child achieves their potential. Create a system that develops happy, productive citizens,” Sisodia tweeted. “First meeting with experts driving this transformation left me feeling inspired & hopeful!” he added.