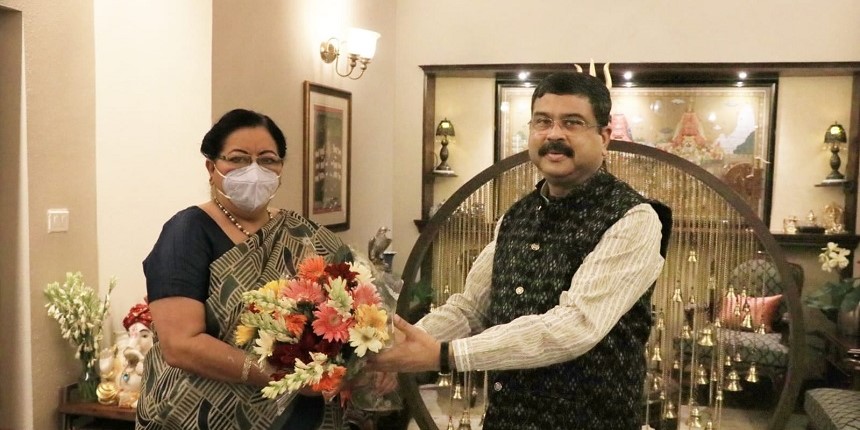 According to Akhtar, the minister was well aware of the activities and achievements of JMI in the recent past and said "several encouraging words about the university's contribution towards teaching and research". "He particularly appreciated that JMI improved its position in NIRF (National Institutional Ranking Framework) and other national and international rankings. He also praised that a JMI faculty has been selected for Visitor's Award for Research and seven out of eight Prime Minister Research Fellowship (PMRF) awardees from the university are girls, which speaks of the significant role the university is playing in empowering girl students," she said in the statement.

The VC said that on her request Pradhan, who is also the Minister of Skill Development and Entrepreneurship, agreed to consider JMI as a hub of skill development and entrepreneurship training programmes. "These skill development programmes will be designed in consultation with the prospective employers and according to the needs of the market. Learning of foreign language would also be the part of the curriculum to improve the employability prospects of the students in India and abroad," she added.