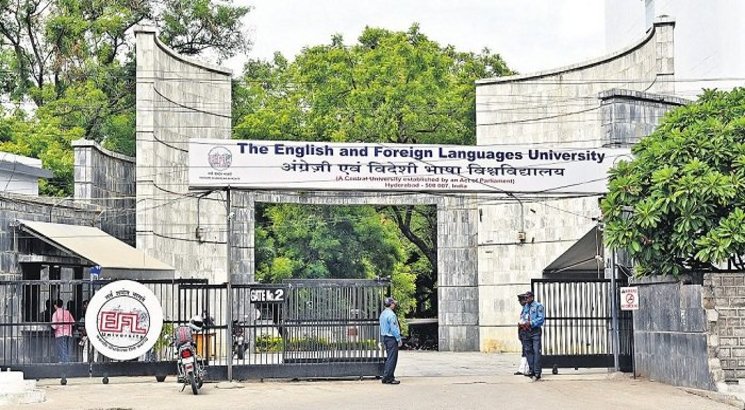 New Delhi, February 19: The English and Foreign Languages University has rescheduled the entrance examination dates of some of the courses. The courses whose dates have been rescheduled are B.A. (Hons.) English, B. A. (Hons.) Foreign Languages and B. A. in Journalism and Mass communication. The university has released an official notification of the examination dates of the aforementioned courses being rescheduled, which were earlier announced to be held on 9 and 10 March, 2019. 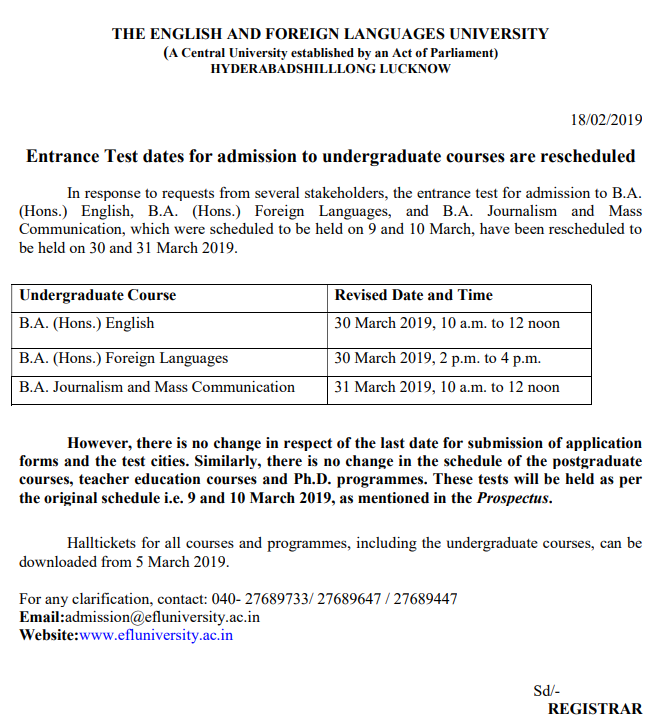 However, as per the university’s official notification, the last date of submission of application form and the test cities are the same. Similarly, there is no change in the schedule of the postgraduate courses, teacher education courses and Ph.D. programmes and will be held as per the original schedule.

The hall tickets for the entrance test can be downloaded online on 5 March, 2019.

The English and Foreign Languages University, situated in Hyderabad, offers the study of English and various other foreign languages. EFLU 2019 will be held in an online mode in different cities and states of India. The candidates can register and submit the application forms till 26 February, 2019.