The panel recommends placing IITs on the list of institutions exempted under the CEI (Reservation in Teachers’ Cadre) Act 2019. 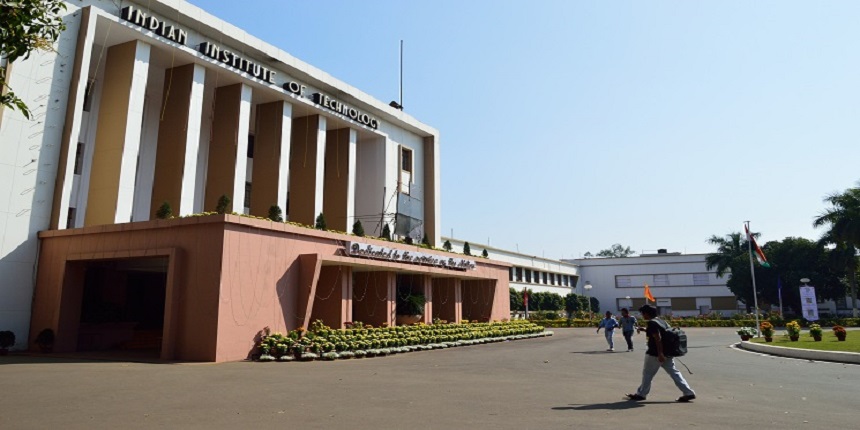 NEW DELHI: A committee constituted by the Union Ministry of Education (MoE) to suggest measures for effective implementation of reservation in the Indian Institutes of Technology (IITs) has recommended that the IITs be declared exempt from following reservation policies in faculty recruitment.

The panel’s report is not in the public domain but was obtained from the education ministry by an activist under the Right to Information Act (RTI). Careers360 has a copy of the RTI reply and the appended report which, according to the reply is “under examination of the government”.

According to an IIT director who was a member of the committee, it is likely to be presented in the next meeting of the IIT Council at the end of this month or early in January.

Last year, after a parliamentary panel questioned the education ministry over poor implementation of the reservation policy in faculty recruitment in IITs and Indian Institutes of Management (IIMs), the Centre asked all educational institutions including IITs and IIMs to follow the quota policy for hiring faculty. The ministry also constituted a committee under the chairpersonship of the IIT Delhi director with representatives from various IITs and the relevant ministries on April 23, 2020. The IIMs have also sought exemption from reservation in recruitment.

As per the existing reservation policy, the quote reserves 15% posts for Scheduled Castes (SC), 7.5% for Scheduled Tribes (ST), 27% for Other Backward Classes (OBCs) and 10% for the Economically Weaker Sections (EWS). Till December 2018, the IITs had 149 Scheduled Caste and 21 Scheduled Tribes representation in total faculty strength of 8,856 in 23 IITs, as per data shared by the education ministry with Parliament. 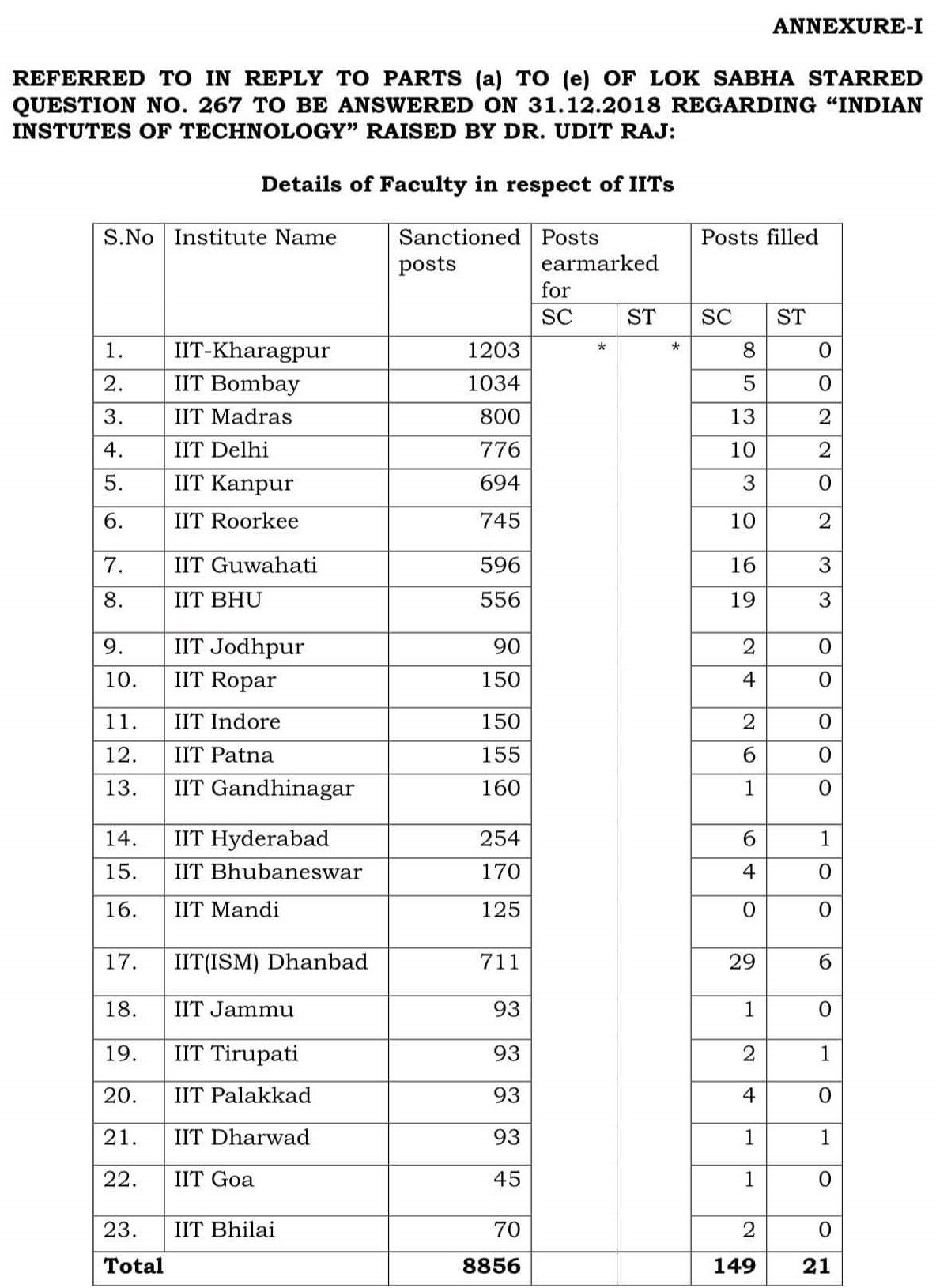 IITs as Institutions of Eminence

The committee headed by the IIT Delhi director, Ramgopal Rao, has suggested exempting the IITs from quotas in faculty recruitment and including them in the Schedule of a 2019 law, which is applicable to institutions of excellence (IoEs), research institutions and institutions of national and strategic importance. The committee has also recommended providing reservation to specified grades of assistant professors, taking the institution as a whole and as per reports where candidates are not available in the latter case, the posts can be de-reserved in the subsequent year.

The second page of the report says: “Being established and recognised as Institutions of National Importance IITs ought to be listed under the schedule to the CEI Act, 2019 for exemption from reservations. This must be immediately reconsidered for the inclusion of IlTs in the Schedule taking into account the nature of these institutions, duties, and their activities. The matter of reservation in these institutions may be vested with their respective Board of Governors to deal with as per the board resolutions, statutes, and bylaws.” The CEI Act is the Central Educational Institutions (Reservation in Teachers’ Cadre) Act 2019.

The report mentions that as IITs have a flexible faculty structure, that there is no specified tier-wise faculty strength and all appointments are done through open advertisement. “It is important that this aspect of the selection process be retained,” it reads.

The report also claims that the number of appointments from the reserved categories has been low because there aren’t enough qualified candidates emerging from the PhD programmes.

The Ambedkar Periyar Phule Study Circle at IIT Bombay has already issued a statement rejecting the report. “The committee has also blatantly lied about IITs following reservation norms in all academic levels (UG and PG). APPSC has repeatedly highlighted the severe violation of reservation happening in the IITs through data obtained by filing RTIs...There exists sufficient data to suggest that the lack of qualified candidates from the reserved categories was never a reason for their lack of admissions in PhD. programmes at the IITs. It is the cut-off mark that is used to deny entry to the eligible SC/ST/OBC students in campuses like IITs for years,” said the students’ group in a withering statement.

Referring to the criticism the report has invited, IIT Kanpur director, Abhay Karandikar, who was a part of the committee, said: “It is not in black and white. It is a detailed report with various recommendations and the committee had people from DoPT, Ministry of Social Justice and empowerment. Reservation is being followed for long and it's not a new thing. This time the ministry formed the committee on how to implement it properly.”

Another member of the committee, asking not to be named, said: “As it's a detailed report I cannot say that it has recommended removing the reservation system or that it talks about increasing it. It also talks about how reservations can be implemented, steps to be taken, it should be done in a phased manner and all.”