JMI says students' safety administration's priority after firing on a student on Friday. Two students sustained injuries after the scuffle. 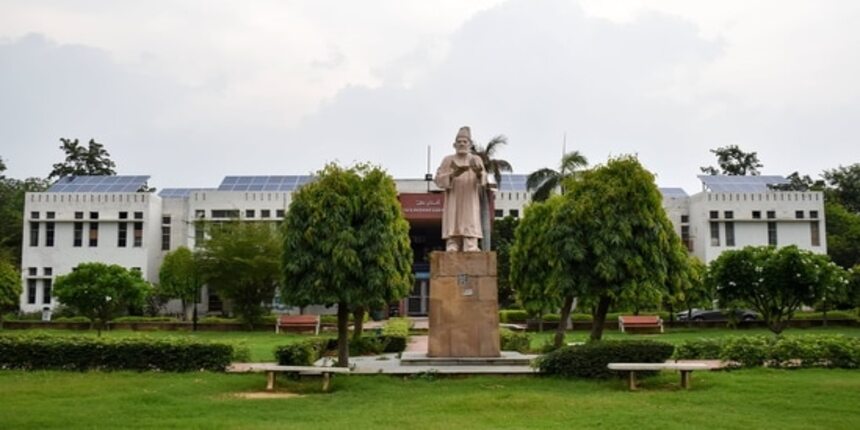 NEW DELHI: A day after a Jamia Millia Islamia student was shot at by another student at a hospital, the varsity on Friday assured that the campus has a robust security mechanism and that students’ safety is the administration’s priority. Registrar Nazim Hussain Jafri explained to PTI that a scuffle broke out on the campus but was immediately resolved by the authorities.

However, the students got involved in another round of fight at a hospital during which one of them sustained a bullet injury. Around 8.50 pm on Thursday, information was received regarding a quarrel at the varsity library. Noman Chaudhary (26), a resident of Meerut district in Uttar Pradesh, sustained a blunt injury on his head and had gone to the Holy Family Hospital in southeast Delhi's Jamia Nagar with his friend Nauman Ali for treatment.

Meanwhile, a student from the second group, Zalal, a resident of Mewat in Haryana, came to the hospital with his friends and fired at Ali outside the emergency ward. Ali had a superficial injury on the scalp. The injured was shifted to the AIIMS Trauma Centre. The crime team is inspecting the scene of crime, police had earlier said.

"A scuffle broke out on the campus between two groups in the morning and we immediately took action and resolved the issue. In the evening, the group got engaged in another fight and a student suffered injuries and was taken to the hospital," Jafri said. "In the hospital, a few students along with outside people fired bullets. On the campus, we ensure the safety and security of the students. We ensure discipline is maintained and that the students are safe. Their safety is our priority," he added.

Police have registered an FIR in connection with the incident. In a statement on Friday, the hospital said no bystander, patient or hospital staff was injured. “The situation was immediately brought under control,” it added.