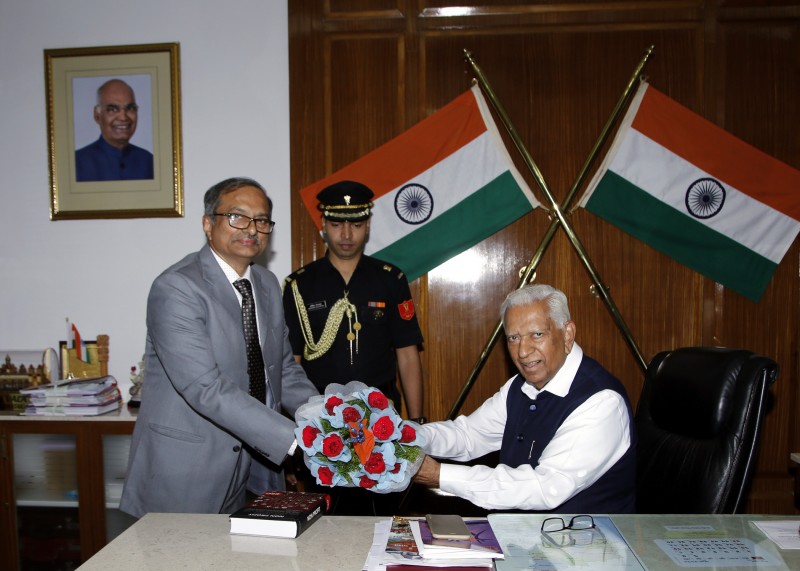 Earlier this year, Prof Bhat was to be appointed as the Vice Chancellor at Chanakya National Law University Patna (CNLU). However, he declined the offer after the students at CNLU Patna alleged that appointment of Prof Bhat would be detrimental to the academic and administrative environment of the institution.

In April 2018, Prof Bhat had to resign from WBNUJS after the NLU students protested against him, alleging maladministration during his tenure.

However, the WBNUJS VC in his resignation letter to the the WBNUJS Chancellor, CJI Dipak Misra, had cited ‘health and family reasons’.

The students of CNLU Patna were on a 4-day protest against the impending appointment of Prof P Ishwara Bhat as the new VC after the incumbent tenure of Dr A Lakshminath’s ended on March 19. The student protest at CNLU Patna was only called off after Patna High Court Retired Judge Ms Mridula Mishra was appointed as acting Vice-Chancellor.

An inquiry committee had been set up at WBNUJS against Prof Bhat, after he resigned on March 28, 2018. The committee is probing into the allegations of NLU students against the maladministration in Prof Bhat’s tenure as WBNUJS VC.

Prof P Ishwara Bhat had served WBNUJS as Vice Chancellor for seven years, while he joined the West Bengal NLU in the year 2011.