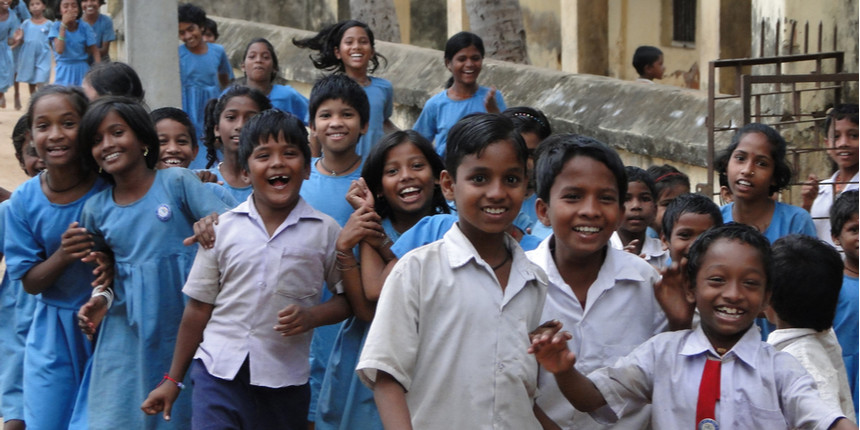 LONDON: Poorer children in India continue to experience educational disadvantages compared to children from wealthier households, with girls being more adversely affected than boys, according to a new study.

Researchers from the University of Birmingham and the University of East Anglia on Saturday published their work ‘Picking winners: An empirical analysis of the determinants of educational outcomes in India’ in the British Educational Research Journal.

“Our results show that family background may encourage girls and boys to value different aspect and subjects of education differently we also find that differences in performance between boys’ and girls’ academic performance were driven by parental expectations and aspirations for children,” Darko said.

These findings further show that despite the success of educational policy reforms in boosting enrolment rates and improving access to education for boys and girls in Indian households, wealth and gender differences continue to impact educational progress of young children in India.

“Because changes in culture are more difficult (and slower) to achieve, interventions that go beyond education policy is required,” added Dr Darko.

The project used data from the Young Lives longitudinal survey to analyse the effect of socioeconomic conditions and gender on the educational performance of young children in India.

Data were drawn from standardised scores on two cognitive tests: the Peabody Picture Vocabulary Test (PPVT) and a maths test, and the researchers looked at results from 951 children from the regions of Andhra Pradesh, Rayalaseema and Telangana.

Vasilakos said, “India has undergone a period of rapid modernisation across all areas of social and economic activity – including education. Despite recent policy reforms in boosting enrolment rates and improving access to education, there are still substantial gender- and wealth-driven disparities affecting the educational progression of young children in India.

“Our results show that children from wealthier households consistently outperform their less-affluent peers. There are also significant gender differences in the way household wealth affects the educational performance of children," he said. "Specifically, boys born into wealthier households perform considerably better in maths than those from worse-off economic backgrounds. The effect of wealth on the PPVT – which measures verbal ability and general cognitive development – is stronger for girls than it is for boys," he added.

The study also found that high caregiver aspirations were positively and significantly associated with better performance in math, for boys but not for girls. Children from wealthier households have fewer constraints – such as the cost of books, school fees or uniforms – and no need to work for income or perform household chores, as their less-affluent peers often must.

Additionally, children from poorer households may only have access to substandard schools and resources, and less parental support with their education. They are also more susceptible to adverse economic shocks, which may in turn force parents to make choices about which child to send to school – or indeed, to choose between work and education.

The research highlighted the importance of early life education as a determinant of later-life success. Moreover, additional policy reforms need to consider gender differences in access to education as well as employment opportunities and tackle issues related to gender bias both in schools and the workplace. Dr Vasilakos said:

“Educational policy reforms may not be able to fully achieve their objectives unless they are accompanied by economic policies that address issues of inequity and inequality."