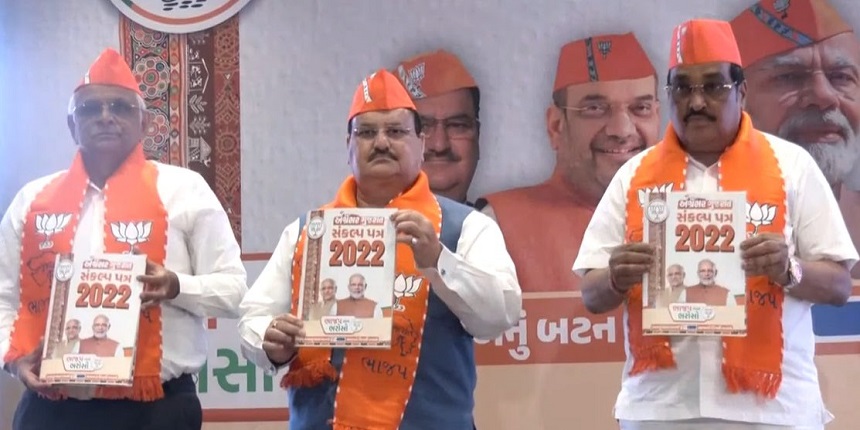 NEW DELHI: For Gujarat elections 2022, Bharatiya Janata Party (BJP) has promised four Gujarat Institutes of Technology (GITs) on lines of Indian Institutes of Technology (IITs), free education to girls from KG (kindergarten) to PG (post-graduation) and 20 lakh jobs to youth in the next five years. BJP president Jagat Prakash Nadda on Saturday released the party’s manifesto for assembly elections due in December.

The party in its manifesto also announced incentives to financially weak students and conversion of government schools into schools of excellence.

“In terms of education, 20 thousand government schools will be made schools of excellence in the next five years with a budget of Rs 10,000 crore. In the same manner 4 Gujarat Institute of Technology will be developed,” said Nadda during the event.

Nadda added that 20 lakh employment opportunities will be generated for the youth in the next five years. In addition to this, the party will give a family card. Through this one card, the family will get the benefits of all the welfare schemes of the state government.

BJP will also provide a one-time incentive of Rs 50,000 to students belonging to Scheduled Caste (SC), Scheduled Tribe (ST), Other Backward Classes (OBC) or Economically Weaker Sections (EWS) who get admission in a top ranked college. 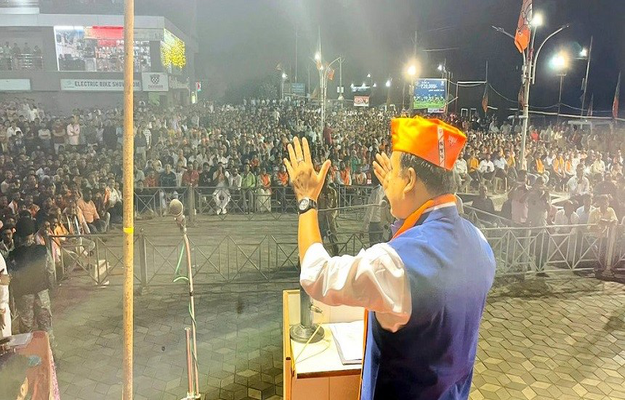