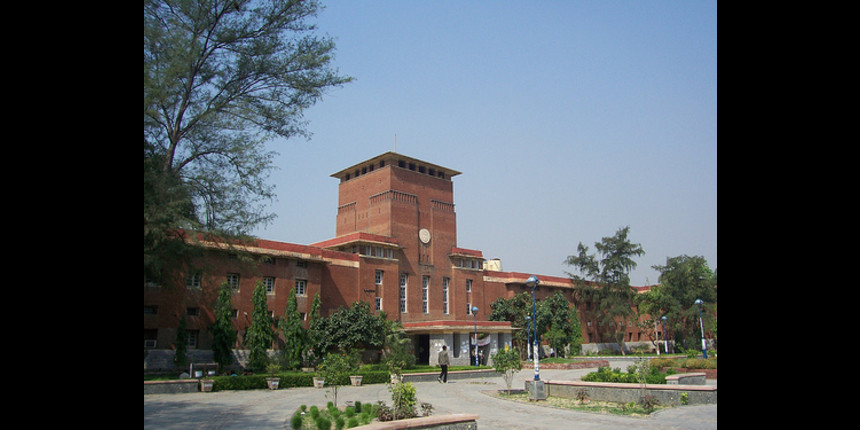 NEW DELHI: The Delhi High Court Friday stayed the decision of the AAP government asking 12 Delhi University colleges, fully funded by it, to pay outstanding salaries to staffers from the Students Society Fund.

Justice Navin Chawla passed the order on a plea by Delhi University Students Union (DUSU) which said the students' fund cannot be used for any other activity other than for students welfare.

DUSU’s counsel said the fund cannot be used for paying teachers salaries. The students’ petition was also supported by the advocate Aakanksha Kaul, representing the Delhi University. DUSU has challenged the October 16 order of Delhi government asking the 12 colleges to pay the salaries of over 1500 staff-- both teaching and non-teaching-- from the students' fund and the amount should be released within two weeks.

The high court issued notice to the Directorate of Higher Education, Delhi University and Delhi government and sought their replies on the petition by DUSU. Justice Chawla, who orally observed that instead of taking students’ fund, the state should have paid the salary amount to college staff, transferred the case to the court of Justice Jyoti Singh before whom similar matters are pending.

Advocate Jivesh Tiwari, appearing for DUSU, said the fund is collected from students and nothing comes from the government and urged the high court to stay the operation of the government’s decision.

“Such arbitrary and illegal usage of the money raised by the students for their academic welfare has forced the petitioner who represents the students of the university as a union, to come to this court for quashing of such illegal, unjust and arbitrary order that is unjust and violative of the rights of the students as a whole,” the plea said.

The plea said the Directorate of Higher Education has directed the 12 colleges, which are 100 percent funded by the Delhi government, to exhaust and utilise the funds gathered by the students with respect to the Students Society Fund (SSF) maintained by the respective colleges for and by the students. It said that as per the UGC guidelines, only 11 heads can be included as income and 34 heads for expenditure.

It added that for paying the salaries only those heads which are under "income" head can be used for paying salaries. “This does not include the fund collected by the students under the societies head or any amount kept in that corpus fund with regard to the SSF can be utilised for this purpose,” the plea said. “...the impugned actions are bad in law and violate the rights of each and every student that has contributed to such SSF and usage of such funds for the payment of salaries will be highly objectionable as their lies no reason or precedent for the usage of such student funds for payment of salaries from colleges which are 100 per cent funded by the respondent no.3 (Delhi government)," it said.

The government order has said, “Having taken notice that salaries of teaching and non-teaching staff of colleges, affiliated to Delhi University and fully funded by the GNCT of Delhi, are outstanding/not being paid due to ongoing Special Audit/non-release of Grant-in-Aid, the Hon'ble Dy CM has ordered/permitted: outstanding salaries to the Teaching and Non-Teaching staff be released immediately from the SSF as has been done in the past, till the process of Special Audit is completed/further installments of GIA (under the Salary Head) are released.”

For the purpose, requisite permission for utilising the Students Society Fund(SSF) for payment of salaries to the teaching and non-teaching staff is hereby accorded, the order has said.

“If any salaries remain unpaid after the SSF has been exhausted, the remaining amount will be paid by the Directorate of Higher Education after receipt of formal request from the concerned college(s).