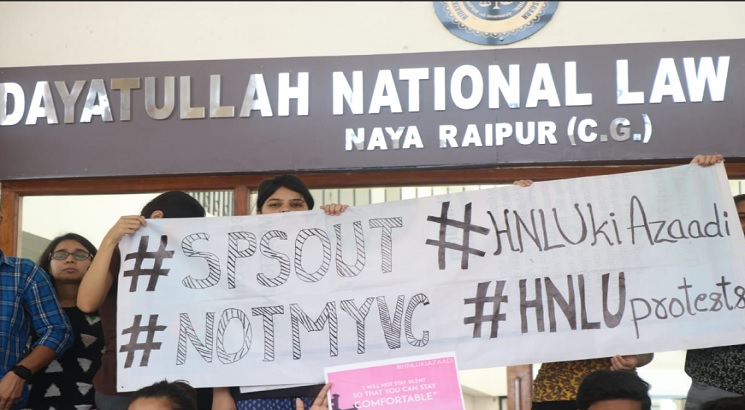 On Saturday, a delegation of Student Bar Association also met the HNLU Chancellor, Chief Justice of Chhattisgarh High Court A K Tripathi. The delegation submitted a six-page letter explaining their concerns and the reasons they no longer have any confidence in Prof Singh.

Earlier, the student body also sent a letter to the VC expressing no confidence in him. The association stated that there would no longer be any interaction between him and the students.

The students have alleged that Singh has been part of financial irregularities, lack of academic and administrative transparency, inaction against sexual harassment complaints, suppression of students and the student association. They have also alleged that the VC is arbitrarily recruiting and removing faculty members and is also indulged in favouritism.

In August this year, the Chhattisgarh High Court quashed the extension of tenure given to Prof. Sukhpal Singh. However, on September 20, the Supreme Court stayed the High Court and he was reinstated as the VC of HNLU.

Following his reappointment, a many as 800 students of the college signed a letter of no-confidence against him, highlighting his alleged irregularities and maladministration.