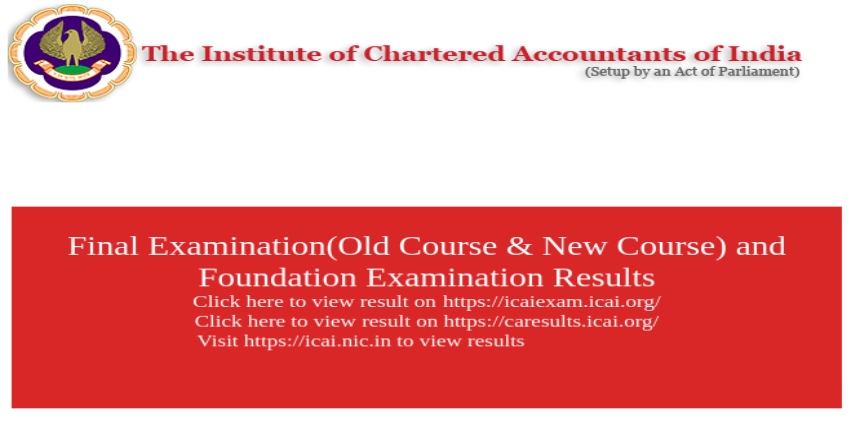 NEW DELHI, AUGUST 14, 2019- The Institute of Chartered Accountants of India (ICAI) has released the names of toppers as well as the pass percentage for May 2019 session of CA Final (old and new syllabi) and CA Foundation exam. According to the official data released by ICAI, a total of 77557 candidates appeared for CA Final old course, out of which 17288 passed, making an overall pass percentage of 22.29. Further, the data reflects that out of the total passed candidates, 10816 have been qualified to become Chartered Accountants.

For the new syllabus, 26515 candidates had appeared, while 7060 passed the examination, resulting in an overall pass percentage of 26.62. Out of the passed ones in new syllabus, 3369 candidates have qualified to become CAs. It may be noted that this number includes those who had appeared for individual groups as well as for both the groups, having passed one or both the groups respectively. The list of CA Final toppers for both old and new syllabi has been provided below:

The institute has also released the result data for CA Foundation May 2019 session wherein 30971 candidates had taken the test, out of which 5753 candidates have qualified, which makes it a pass percentage of 18.58. Check the list of toppers for the session below: