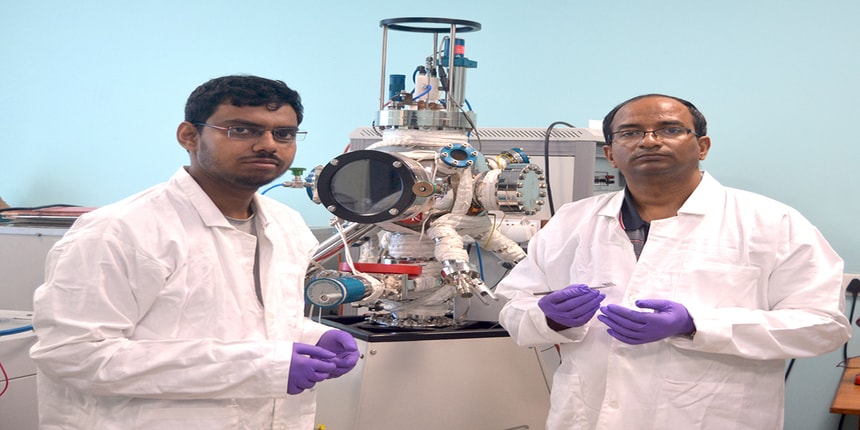 NEW DELHI: Researchers at Indian Institute of Technology (IIT) Kharagpur have developed an affordable diagnostic device for Chronic Obstructive Pulmonary Disease (COPD). The diagnostic intervention is based on Internet-of-Things medical devices (IoT-MD) and is integrated with artificial intelligence (AI), a statement from the institute said.

The team led by Dipak Kumar Goswami, professor, department of physics developed the smart mask, SenFlex T, which is synced with an android monitoring app through Bluetooth.

The app is connected to a cloud computing server, where artificial intelligence (AI) has been implemented to predict the severity of COPD through machine learning (ML).

Since it is connected via Bluetooth, it can continuously monitor breathing pattern rate, heart rate and oxygen saturation level in the blood.

A commercially available pulse oximeter has been integrated with the sensor system to monitor the oxygen saturation level during breathing.

The patient data is uploaded automatically to the cloud server through the mobile app (SenFlex), where it is processed by means of AI- ML, and reports made available on the app and for doctors’ consultation.

"SenFlex.T can be used at home by patients. This will address the critical issue of COPD at an early stage by means of advanced healthcare technology, a boon for both patients and the overall healthcare system," said Goswami.

COPD tests are normally avoided as the equipment is not readily available, there’s difficulty in data interpretation and the tests are expensive. The cost of the device has been estimated to be Rs 2,500.

“This challenge and the criticality strongly motivated us to develop an AI-based system that can overcome the problem of interpreting the results and be accessible not only for the doctors but also for the patients,” said Goswami.

COPD is a common chronic respiratory disease caused by exposure to harmful gases and particulate matters.

A patent has been filed for innovation.