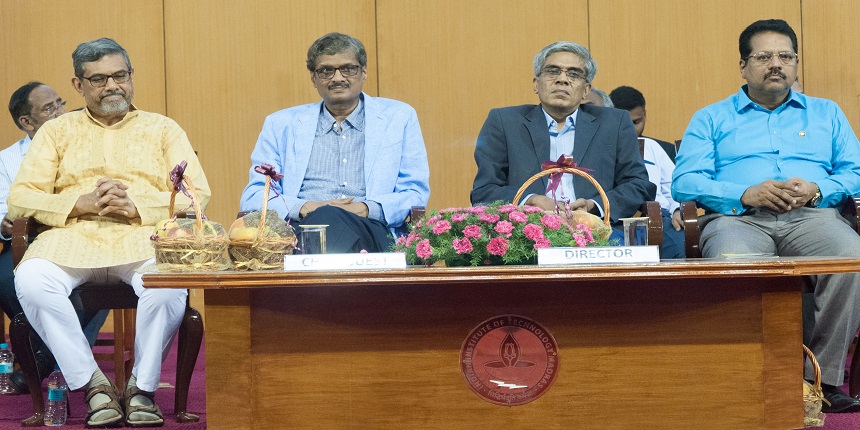 NEW DELHI, APRIL 22: Indian Institute of Technology Madras (IIT Madras) in its six decade long journey has achieved many milestones and contributed immensely to the technological, societal, and economic development of the country and imparted a major boost to the entrepreneurial aspirations of the youngsters through its IIT Madras Incubation Cell.

The most significant achievement in the Diamond Jubilee Year is that the Institute bagged top honours in National Institutional Rankings Framework (NIRF) 2019 and the very first edition of Atal Ranking of Institutions on Innovation Achievements (ARIIA) announced by the President of India.

Addressing the event, the Chief Guest V. Shankar, Founder, CAMS Pvt Ltd, and a Distinguished Alumnus of IIT Madras, said, “Let me say the three things that I believe each of you should remember and concentrate on as you start to build your professional careers. First, in any professional capacity, be the change that you want to see. Do not settle for a status quo that you disagree with simply because it is challenging to take a contrary view. You have had the best of training in both academics and values and it would only be right to put them to good use.”

The Institute Day is an occasion to recognize the achievements of students, faculty and staff who have excelled in their endeavours and who are at the core of the accolades earned by the Institute. The day is crowned by the recognition bestowed on a select few of the illustrious alumni.

These Distinguished Alumni, again numbering twelve this year, have carved out a name for themselves in Academia and Industry with their commendable contributions, made their mark as entrepreneurs or developed key technologies for the welfare of the masses.

AIIMS in Gorakhpur will be inaugurated next month: Yogi Adityanath
Team Careers360 | Nov 29, 2021