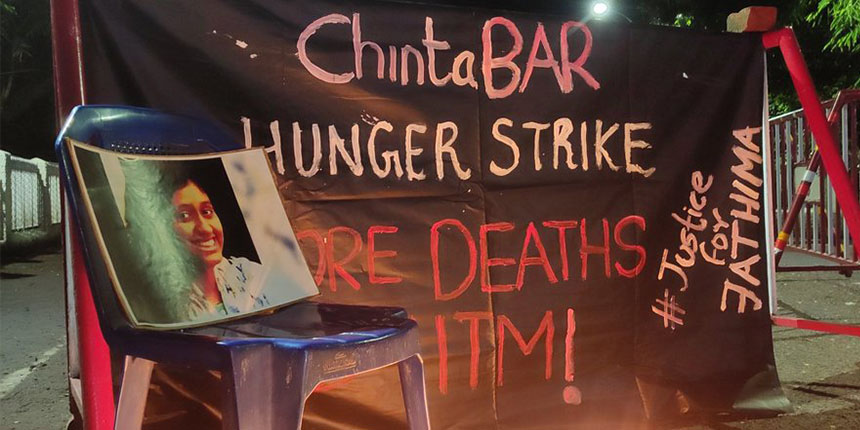 NEW DELHI: Two students from Indian Institute of Technology, Madras, who had started an indefinite hunger strike demanding fair probe into the death by suicide of first-year student, Fathima Latheef ended their protest after they were assured their demands will be fulfilled.

In an email to ChintaBAR team, an independent students’ body on campus, the dean, students, said that the administration has assured that two of their three demands will be met. One of the demands was to set up a grievance redress committee to look into issues of harassment faced by the students, the other was to seek assistance of experts to deal with stress-related matters of the students.

The mail further said that the demand to set up an internal enquiry to investigate the causes leading to the death of Latheef will be addressed only after the director of the institute returns on Thursday. According to reports, Bhaskar Ramamurthi was summoned by the Ministry of Human Resource Development following the suicide and ensuing protests. Latheef’s family had sought an internal enquiry into the behaviour of the faculty of the institute.

Latheef was a first-year student of the institute’s five-year integrated MA humanities course who died by suicide on November 9. Her parents alleged that in a note saved on her mobile phone, she had accused one of her professors of harassment.