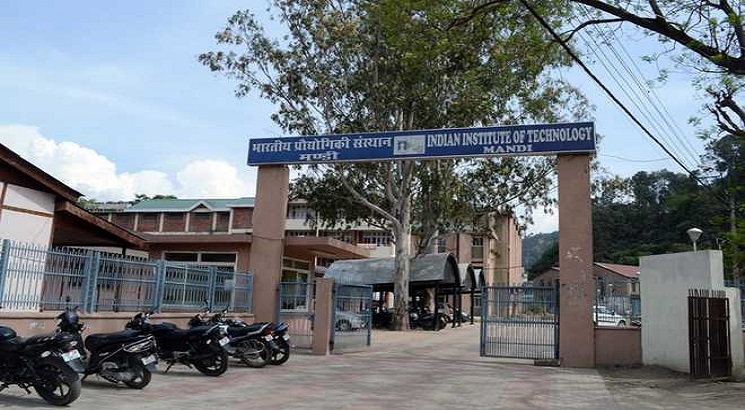 NEW DELHI, MAY 25: The Indian Institute of Technology Mandi has landed in another soup with an employee levelling serious allegations of promoting nepotism and corruption against the institute administration. On the other-hand the institute administration has claimed that it came to know about the allegation only through media and would initiate an investigation. The institute, however, also claimed that the said employee is on leave as he is ‘mentally unfit’.

Sujeet Swamy, a junior assistant working with the IIT Mandi has alleged that the institute has turned into a center of nepotism and corruption. Swamy has made several allegations stating that huge increments are being given to favourite employees by going against the rules and regulations. Promotions are being given subverting rules and public money is being misused, he alleged.

Citing one example of exorbitant salary increment of an employee he said, the salary increased from Rs. 8000 to Rs. 24,000 in just three months in 2010. Swamy said, “The institute administration says that they would give 25% salary increment to contractual staff if they perform well, however keeping all the rules and regulations aside the institute has increases salary for a few staff upto 42%.”

Speaking to Careers360, Swamy claimed that he has all the documents related to alleged corruption which he received through various RTIs. “Since I joined, I had to face difficulties at various levels as I was not provided place to sit, was moved from one place to other, one department to other and so on. Since I started to raise issues against the institute, I was given work which was not even part of my role. When I discussed the matter with the Psychiatrist referred by IIT Mandi doctor, he advised me to take leave for some time and that is the reason I took leave from the institute.”

He also demanded a CBI inquiry in the whole matter as he claimed that he has all the documents related to the alleged corruption which, he said, is rampant since the year 2010. He said that he has been seeking meetings with Prime Minister’s Office (PMO), Union Ministry of Human Resource Development (MHRD) and the state Chief Minister for last several months to submit the evidence related to the irregularities in IIT, but has not yet received any response.

Alleging that the advertisements to recruit employees are framed to benefit only a set of pre-selected candidates, he demanded immediate closure of the ongoing recruitment process to fill up various posts in the IIT Mandi. He said that the institute has appointed a former employee of the institute as the Chairperson of the selection committee of junior assistant and senior assistant, which is against the rule.

Now he plans to approach Supreme Court and also go on fast unto death if the CBI inquiry is not initiated within 40 days.

The IIT Administration has, however, denied all the allegations. Dr. Vishal Singh Chauhan, Registrar In-charge, IIT Mandi speaking to Careers360 said, “We have come to know about all these information through media only as he never approached the IIT Mandi administration. He directly approached the PMO, MHRD, CMO as is being communicated by him. He is currently on leave and has also submitted an application stating that he is not ‘mentally fit’.”