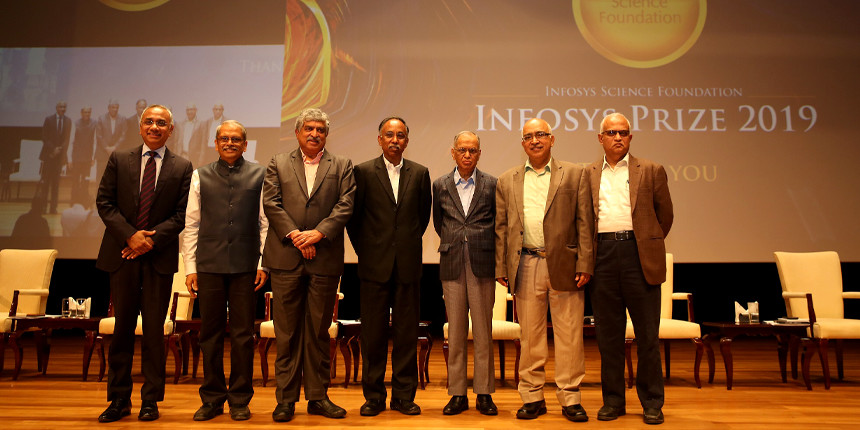 NEW DELHI: Sunita Sarawagi from the Department of Computer Science and Engineering, Indian Institute of Technology, Bombay, has won the Infosys Prize 2019 in “engineering and computer science”. The prize was in recognition of her research in “databases, data mining, machine learning and natural language processing, and for important applications of these research techniques”.

The eleventh edition of the prize was awarded in six categories. The Infosys Science Foundation announced the names on Thursday, November 7.

Manu V Devadevan from IIT Mandi won it in the humanities category; the prize for life sciences went to Manjula Reddy from the Centre for Cellular and Molecular Biology, Hyderabad; the mathematics one to Siddhartha Mishra from ETH Zurich; the physical sciences one to G Mugesh from Indian Institute of Science, Bangalore; and the social science one to Anand Pandian from Johns Hopkins University.

Each prize comprises a gold medal and $100,000 or its equivalent in rupees. The six winners were picked from 196 nominations.

'Solving problems in the real world'

Devadevan from the School of Humanities and Social Sciences, Indian Institute of Technology, Mandi, has won the humanities prize for his work on the history of pre-modern south India. “He critically reinterprets much of the conventional wisdom about the cultural, religious and social history of the Deccan and South India,” says the statement.

Winner in the life sciences category and chief scientist of the Centre for Cellular and Molecular Biology, Reddy made “ground-breaking discoveries concerning the structure of cell walls in bacteria”

Mishra, from the Department of Mathematics at ETH Zürich, has won for his contributions to applied mathematics, “particularly for designing numerical tools for solving problems in the real world”. His work has been used in climate models, astrophysics and plasma physics.

Mugesh, professor in the Department of Inorganic and Physical Chemistry at IISc, Bangalore, has won for his work in “the chemical synthesis of small molecules and nanomaterials for biomedical applications”. The statement further says that his work “has contributed to the understanding of the role of trace elements, selenium and iodine, in thyroid hormone activation and metabolism, and this research has led to major medical advances.

Pandian, professor of anthropology at Johns Hopkins University, worked on ethics, selfhood and creativity. “His writing pushes the boundaries of how anthropologists render into words the worlds they encounter,” says the statement.