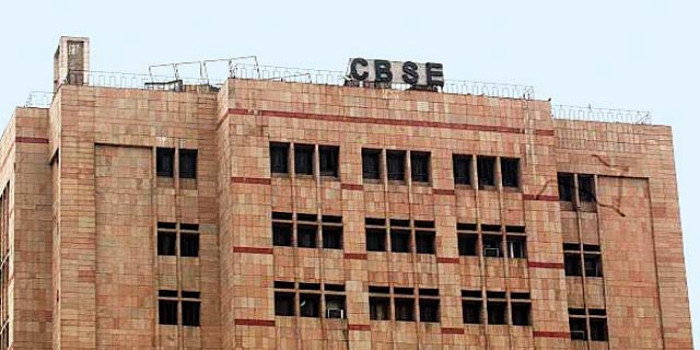 NEW DELHI, APRIL 12: Post the JEE Main 2018 controversy of CBSE using the questions and answer options from the mock test of Narayana Coaching Academy of 2016, the Central Board of Secondary Education (CBSE), has come up with clarification on the matter.

CBSE officials have asserted that the said 7-8 questions were not carried from the coaching institute’s mock test of 2016 and have been prepared by over 100 item writers in a span of 2-3 months. Expressing its surprise over the ongoing issue, CBSE has also said that it has the record of all these handwritten questions with changes and that it’s strange that all these 7-8 questions have appeared exactly as it is in a so-called website, which claims that the questions belong to a particular coaching institute and are also two years old.

A report by the Press Information Bureau (PIB) quoted CBSE officials saying, “The said 7-8 questions were prepared in original by 7 different item writers and were handwritten. After this, the moderator made many handwritten changes too. Followed by this, the vetter also made handwritten changes. The final handwritten version was ready only about 2-3 months back, after which it was sent to the confidential printer.”

Refuting the claims of the coaching institute, CBSE has asserted that as these questions were written only 2-3 months ago, there is no possibility of these questions existing in the mock test of any coaching institute 2 years ago. Explaining the entire procedure of preparing the questions and setting up the JEE Main paper, CBSE said that the questions prepared for JEE Main are original and are prepared by over 100 item writers who are subject experts. In the examination year, over 1500 items/questions are prepared by these experts over a period of two months. Post this process, out of these total items, 90 questions are randomly taken, which are further divided into 8-9 sets. Then one set is picked up randomly for using in JEE Main.

The JEE Main exam conducting authority has further appealed to all not to pay heed to such falsities. “There is an atmosphere of falsities and rumour mongering being deliberately perpetuated against a prestigious organisation like CBSE, said an official statement by CBSE.

Earlier, Careers360 has reported on the entire matter in detail with a comparative analysis of the said 8 questions and found that the questions in JEE Main 2018 offline paper were exactly the same as claimed by Narayana Coaching Academy.

As per the official data released by CBSE, this year, over 10,43,739 candidates have filled in the application form for JEE Main 2018 offline exam conducted on April 8. Out of the total number of candidates who have registered for JEE Main 2018 offline exam, 6,46,814 were boys, while 2,66,745 were girls and 3 transgenders. The online test is scheduled to be conducted on April 15 and 16. The test was conducted in 1621 test centres in 112 cities in India and abroad. Out of the 112 cities, the exam was held in 104 test centre cities in India and 8 abroad.

JEE Main is the entrance test for admission to undergraduate engineering programmes at NITs, IIITs and CFTIs. This is also the first stage exam for IIT admission through JEE Advanced.

The clarification issued by CBSE can be seen below