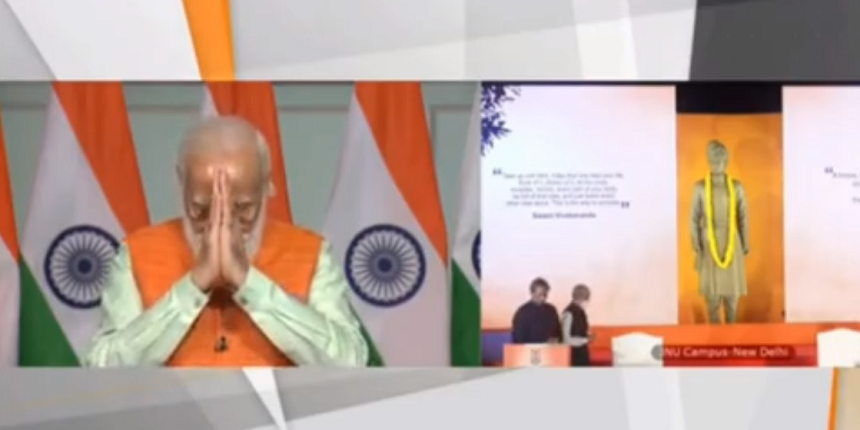 NEW DELHI: Speaking at the ceremony to unveil a statue of Swami Vivekananda on the Jawaharlal Nehru University campus, prime minister Narendra Modi made a pointed remark about ideology. "Today everyone is proud of their ideology, it is also natural. But still, our ideology should be seen with the nation, not against the nation, in subjects of national interest,” PM Modi said.

The university's students' union and teachers' association are famously left-leaning and have been a target of PM Modi's supporters, party-members and even former and present ministers. The students have faced police action, sedition cases and charges of being "anti-national" for opposing the BJP's policies.

Students have long combatted this effort to paint their political opposition as "anti-national". In 2016, the JNU community had even organised a series of "nationalism lectures" to make this point. 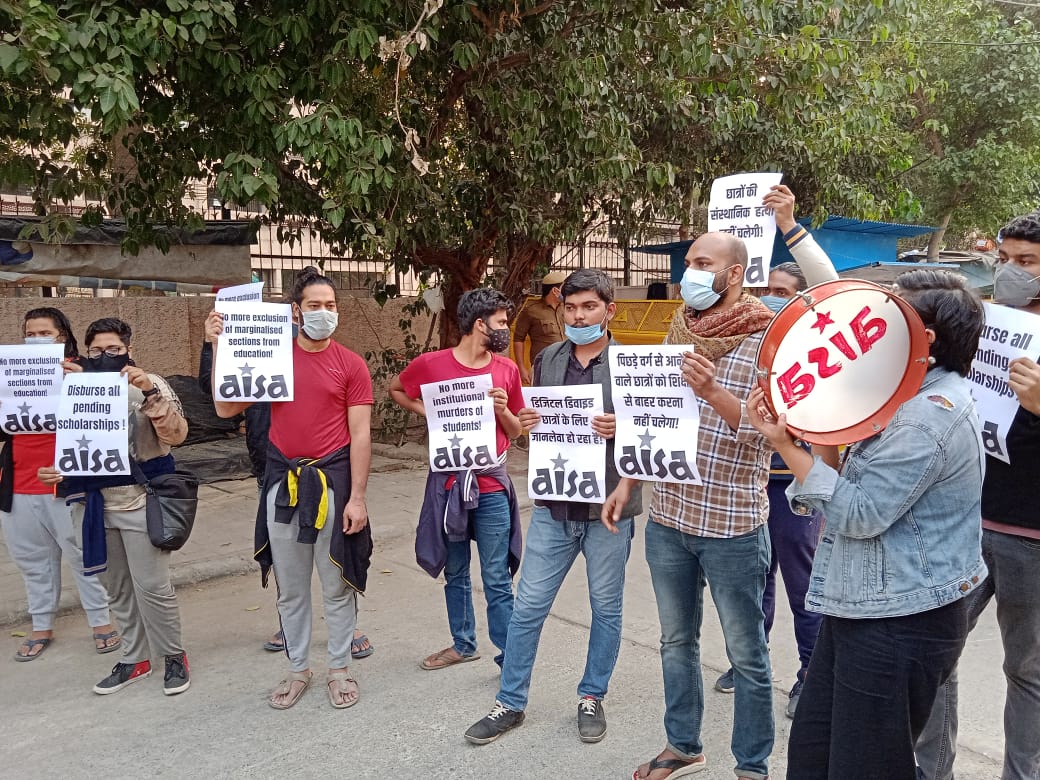 On Thursday, the JNU students' union (JNUSU) issued an open letter to PM Modi critiquing his policies and levelling a range of allegations against the present Vice-Chancellor.

At the ceremony, which he attended virtually, PM Modi said that the youth of the country are the brand ambassadors for India. Urging students he said that the expectation from them is not just to be proud of the identity of India which has been going on for thousands of years, Rather, it is also to create a new identity of India in the 21st century.

Speaking of Vivekananda, he said: “I wish that this statue of Swami ji in JNU inspires everyone, filled with energy. This statue should give courage, courage, which Swami Vivekananda wanted to see in every person.

PM Modi said that this statue should teach compassion, which is the "mainstay" of Swamiji's philosophy.

Modi said that idea sharing is to keep the flow of new ideas uninterrupted. He said: “Our country is the land where seeds of different intellectual ideas have sprouted and thrived. It is necessary for the youth to strengthen this tradition. Due to this tradition, India is the most vibrant democracy in the world.”

“May this statue inspire...a... vision of oneness," PM Modi said.

He said that the youth of the country is the brand ambassador of brand India worldwide. Modi said: “Our youth represent the Culture and Traditions of India. The expectation from you is not just to be proud of the identity of India which has been going on for thousands of years, Rather, it is also to create a new identity of India in the 21st century.”

PM Modi also spoke of reforms, encouraging students to conduct research on them.