Solicitor General told the Supreme court the Popular Front of India (PFI) started a campaign on social media which was designed to create an agitation. 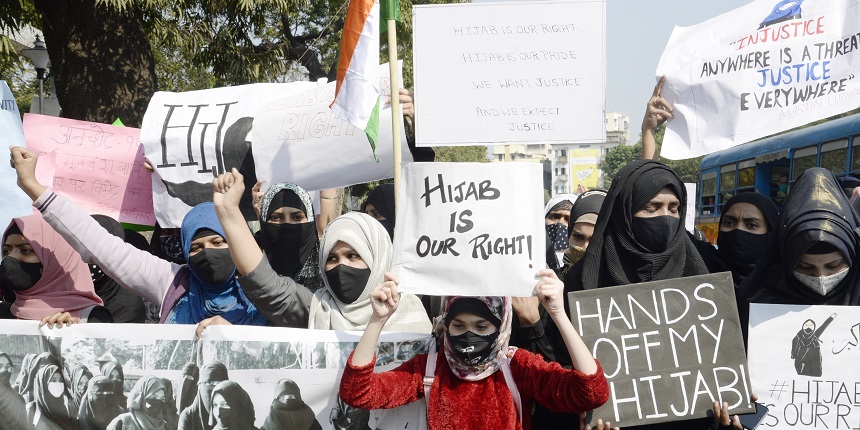 NEW DELHI: The Karnataka government order that kicked up a row over hijab was "religion neutral", the state government told the Supreme Court on Tuesday, launching a strong defence of the state and blaming the PFI for the controversy it claimed was part of a "larger conspiracy". Insisting that the agitation in support of wearing hijab in educational institutions was not a "spontaneous act" by a few individuals, it said the state government would have been "guilty of dereliction of constitutional duty" if it had not acted the way it did.

Solicitor General Tushar Mehta, appearing for Karnataka, told the court the Popular Front of India (PFI) started a campaign on social media which was designed to create an agitation based on "religious feelings of the people". The PFI is widely viewed as a hardline Muslim organisation and has been blamed for several incidents of communal violence, provoking calls for imposing a nation-wide ban on it. The organisation itself has rejected the allegations. Mehta told a bench of Justices Hemant Gupta and Sudhanshu Dhulia the PFI started the social media campaign over the Islamic headscarf earlier this year and there were continuous social media messages asking students to "start wearing hijab". "In 2022, a movement started on the social media by an organisation called the Popular Front of India and the movement, as an FIR which was lodged subsequently suggested and now culminated into a charge sheet, was designed to create a kind of an agitation based on religious feelings of the people and as a part there were continuous social media messages that start wearing Hijab," Mehta said.

The top court was hearing arguments on a batch of pleas challenging the Karnataka High Court verdict refusing to lift the ban on hijab in educational institutions of the state. "This is not a spontaneous act of few individual children that we want to wear a hijab. They were a part of a larger conspiracy and the children were acting as advised," Mehta told the bench. He said until last year, no girl student was wearing hijab in schools in Karnataka. Referring to the state government's February 5, 2022 order, Mehta asserted it will not be correct to say it prohibits wearing only hijab and therefore targets one religion. "There was one more dimension which nobody has brought to your lordships' notice. I would not be exaggerating if I say that if the government would not have acted the way it did, the government would have been guilty of dereliction of constitutional duty," he said. "I would be able to show to your lordships as to how this problem arose and how the state, as a custodian of constitutional rights of everyone, tried to tackle the problem by order dated February 5, 2022," Mehta argued, insisting, "It is a religion neutral direction".

The state government had, by its order of February 5, 2022, banned wearing clothes that disturb equality, integrity, and public order in schools and colleges. The order was challenged by some Muslim girls in the high court. During the arguments, Mehta said, when the issue about wearing hijab in schools came to the fore, some people from another religion started coming with saffron 'Gamcha' (stole), a Hindu religious symbol, which is also prohibited as it is not a part of the school uniform. He claimed far-fetched arguments have been advanced by the counsel appearing for the petitioners that the government is throttling the voice of the minority. "No. The government had to intervene because of the circumstances created," he said, referring to the tension the hijab and the saffron stole triggered on some campuses. Mehta said the state had directed educational institutions and not the students about uniform. "You are saying that your emphasis was only on uniform?" the bench asked. "Yes. We did not touch upon any aspect of religion," responded Mehta.

During the arguments, which will continue on Wednesday, Mehta also dealt with the issue of hijab being an essential religious practice in Islam. He asked how could hijab be an essential practice when people in the country where the religion was born do not essentially follow it. "As a matter of fact, where nations or countries are Islamic countries, women are not wearing hijab. They are fighting against hijab," Mehta argued. "Which country is that?" the bench asked, to which Mehta said "Iran".

Protests have erupted in several parts of Iran over the death of a young woman who was detained for violating the country's conservative dress code. The morality police had allegedly detained the 22-year-old Mahsa Amini for not covering her hair with the Islamic headscarf, known as hijab, which is mandatory for Iranian women. The solicitor general said the purpose of uniform is to ensure nobody feels inferior because of somebody dressing in a particular way. "That is the purpose of uniform. It is for uniformity. It is for equality among all students," he said. "Discipline means discipline. Here we are not talking about any discipline which inflicts any harm on them," he said. Observing that students are not saying they will not wear the uniform, the bench asked about a situation where a student wears a muffler to an educational institution during winter. "That (the muffler) does not identify religion," Mehta said.

Summarising his arguments, the solicitor general said schools have a statutory power to prescribe uniform and government also has statutory power to issue directions to educational institutions to ensure compliance with rules. "It (government's February 5 order) was a non-arbitrary exercise of power, making it religion neutral," he asserted, adding the petitioners went to the court claiming hijab is an essential religious practice but they could not establish it. During the hearing, senior advocate Dushyant Dave, appearing for some of the petitioners, wanted to know why the state government came out with such a prohibition 75 years after Independence. "What was the need? There is nothing brought on record to show that the circular was supported by any just reason or any justification. It came like a bolt from the blue," he said. "So, suddenly you decide that you will have this kind of a ban. Why I say so… series of action in Karnataka targeted minority community in last few years," Dave contended. Several pleas have been filed in the top court against the March 15 verdict of the high court holding that wearing hijab is not a part of the essential religious practice which can be protected under Article 25 of the Constitution. 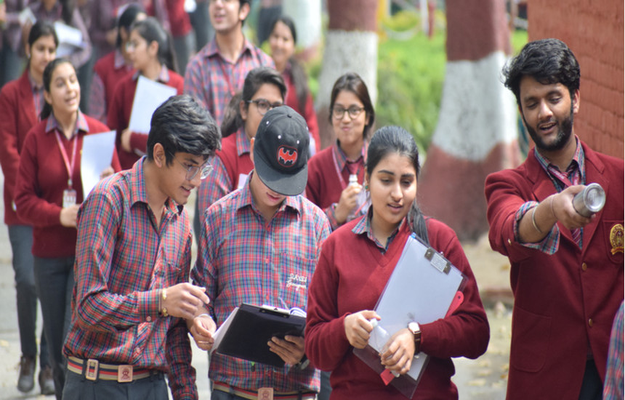