The single judge of the Karnataka High Court hearing the case related to Hijab ban in schools, colleges today referred the matter to a larger bench. 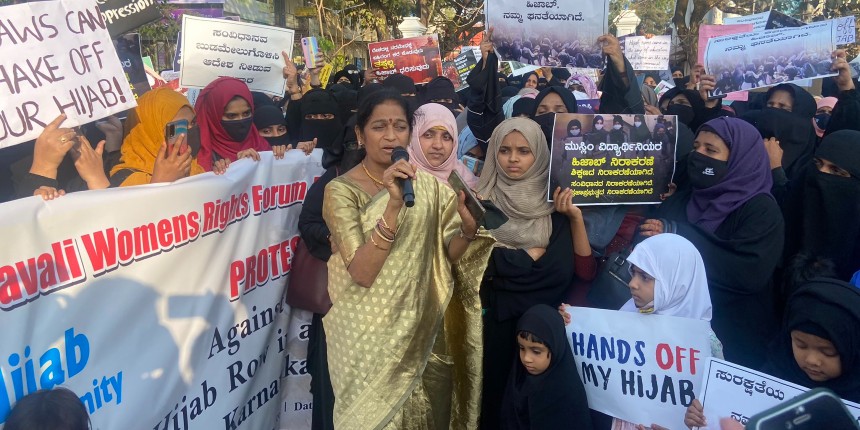 The order issued by the police department, Government of Karnataka stated: “Gatherings, agitations or protest of any type within the area of 200-meter radius from the gate(s) of schools, PU colleges, degree colleges or other similar educational institutions in Bengaluru city, prohibited for two weeks with immediate effect.”

Commissioner of Police and additional district magistrate Kamal Pant in the order said, “It has been noticed that in certain parts of the state in the last few days, protest and agitation have been held in connection with strict enforcement of school, colleges uniform rules.”

The single judge of the Karnataka High Court hearing the case related to the Hijab ban in school-college campuses today referred the matter to the Chief Justice Ritu Raj Awasthi with a view that the CJ may decide on constituting a larger bench to look into the case.

Since the end of December last year, students protesting against their schoolmates wearing hijab started coming to a college in Udupi wearing saffron scarves. The hijab-versus-saffron scarves issue then spread to some other institutions in other parts of the state such as Chikkamagaluru, Shivamogga, Hassan, Chikkaballapura, Mandya, Kalaburagi, Bagalkote, Belagavi and Vijayapura. In view of deteriorating law and order in some educational institutions, Chief Minister Basavaraj Bommai ordered closure of high schools and colleges for the next three days in the state. 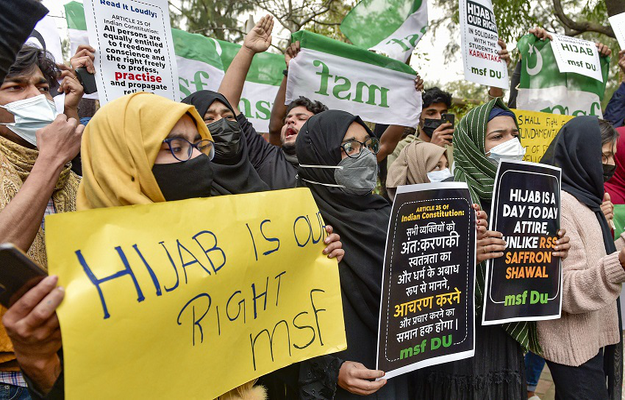 Hijab Row: ‘I choose what part of my body I want to cover,’ says academic Azra Razzack