Kashmir University: According to reports, over a dozen more teachers are under the scanner as is a teachers’ association, KUTA. 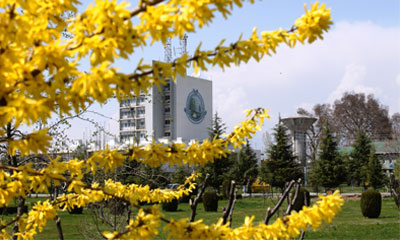 NEW DELHI: Opinions are divided on the sacking of a Kashmir University professor along with two other government employees for their alleged links with terror groups. Chemistry professor Altaf Hussain Pandit from Kashmir University was sacked last week and according to reports, more jobs are on the line at KU.

Teachers’ associations say that Pandit and the others sacked with him must face an investigation and prove their innocence. The Kashmir University Teachers’ Association, itself under the scanner as per reports, will request the vice-chancellor professor Talat Ahmad to look into the “genuineness of the allegations” and its president said the association is in the process of getting registered.

Read More | Students and Sedition: As SC puts sedition law on hold, a look at cases against students

However, Pandit’s students are describing him as a “man of principles'' who should be given a fair trial. Students said that the allegations leveled against Pandit are “baseless”and he has “never taught extremism”. They are hoping that the administration will look into the matter as their professor is “not an anti-national”

On May 13, Pandit’s services were terminated following a recommendation of a designated committee constituted under Article 311 (2) (c) of the Indian Constitution that allows dismissal without an inquiry in the interest of the state's security. Pandit along with a government school teacher Mohammed Maqbool Hajam and Jammu and Kashmir constable Ghulam Rasool were sacked from their posts on the basis of recommendations of the committee set up last year by Lieutenant Governor Manoj Sinha. The committee was tasked with scrutinising and recommending the cases for removal from government services over alleged terror links.

Read More | Post Pulwama, Kashmiri students are finding it harder to get lawyers

Shah Fayaz, president of JK Employees Coordination Committee and chairman of JK Teachers Association said that anybody doing anything against the national interest and harming national security, has to face the law.

“I am aware of all the procedures behind Prof Pandit’s sacking from Kashmir University. This is not a one-man’s decision. Based on reports, multiple security agencies investigate the incidents properly for many months and then ask the government to take action against those doing anti-national activities. Authorities never act against any person without investigation and concrete evidence. If anybody feels that he/she has been dragged into a false case, then that person can reach out to courts and prove his innocence,” he said. “I have no issue with the student’s support that he is getting. I have seen multiple cases in which government employees turn out to be innocent and they later get reinstated at their positions by the authorities.”

Meanwhile, reports in the Times of India and Times Now say that around a dozen Kashmir University teachers and non-teaching staff will be dismissed from service for alleged terror links. Kashmir University Teachers Association (KUTA), according to these reports, is being held responsible for creating a “terrorist-secessionist network” and has never been a legal entity.

Responding to the allegations, Manzoor Ahmad Chachoo said, “Until there is action, it is all speculation and anticipations. I have not read any government documents stating about the termination of a dozen teachers of the university. Ultimately, the government has to ensure that the system works smoothly. KUTA has existed since 1973. It is not registered but we are in the process of getting it registered as per the law.” Although not registered, KUTA’s activities and events are available on KU’s official website.

Commenting upon the sacking of Pandit, he said, “We are aware that the JK administration has terminated prof Pandit from the institution because of his involvement in anti-national activities. According to the government order, his actions were against the state and the nation. We will meet the vice-chancellor and request him to look into the genuineness of the allegations and do whatever needs to be done. Everything will be done as per law.”

Seven students are conducting research under Pandit’s guidance, according to a Kashmir University’s registered list of research scholars in the chemistry department. On May 14, a day after his arrest, students and research scholars held a sit-in at the university demanding he be reinstated.

In a Facebook post, Irfan Nazir, one of the seven research students called him “an optimistic, loving, supportive person”.

Nazir further said, “In this adversity even, he keeps himself composed and advises us to focus on our careers and contribute to the welfare of this nation. He doesn't regret loss of position as much he regrets the tarnishing of position he was holding as a scientist, teacher, supervisor, academician. People desire to reach the heights he has achieved, We as his students find ourselves composed, our approach is moderate and within the limits of constitution even in these hard times such is the thinking that has been inculcated by our professor.”

“The contributions he has made to the scientific community would not have let him spend [even] a small time on another activity. He even used to spend his family time with his research scholars and students, such a man of principles he is,” Nazir added.

Zia Ul Haq, another research scholar working under Pandit said, “I have never ever seen such a humble professor in my life.”

Pandit, currently facing allegations of propagating secessionism among students and motivating them to join terror ranks, served as an executive member of the KUTA from 2010-12 and worked as its vice-president between 2018 and 2019. 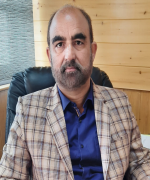 Pandit had authored a book and also won a Young Scientist award by Indian Chemical Society. He also worked as a coordinator for University Grants Commission- Special Assistance Programme (UGC-SAP) in the department of chemistry. He has been a member of State Curriculum Framework Focus Group (Science Education): National Education Policy (NEP) 2020 in school education for Jammu and Kashmir. 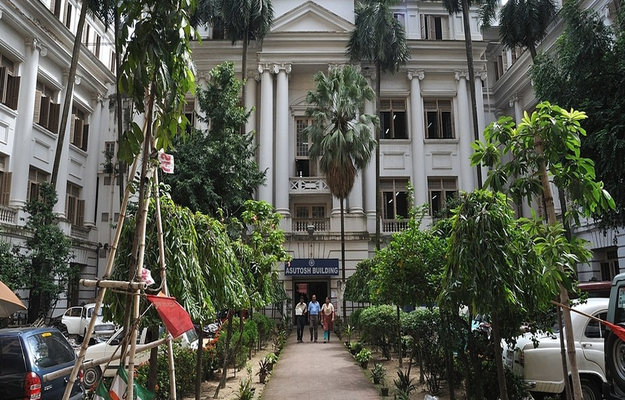 Your Kashmir University brochure has been successfully mailed to your registered email id “”.